Regardless of profession, the work environment can have a great impact on how well we perform. This is especially true when we are dependent on inspiration for getting things done. Writers definitely belong to the group of people that can benefit a lot from finding new inspiring places to write at. Especially in the summer it’s a lot easier to find new places outside the home that could bring a lot of inspiration for new masterpieces.

In the book Mark Twain: a Biography by Albert Bigelow Paine from year 1912, we find some interesting information about the famous author’s writing habits. Samuel Langhorne Clemens (1835-1910), better known by his pen name Mark Twain, has often been called “the father of American literature” with novels like The Adventures of Tom Sawyer and Adventures of Huckleberry Finn.

According to one of the chapters in the book, the summer was the best and most productive period during the year for Mark Twain. He often spent his summers at his sister’s place in Elmira, New York. Here he had a small cottage built, where he could work without distractions. It was in this cottage where he completed or began writing some of his most popular works. In addition to the mentioned The Adventures of Tom Sawyer and Adventures of Huckleberry Finn, he also did most of his work with the books Life on the Mississippi and A Connecticut Yankee in King Arthur’s Court in this cottage.

Here he describes his cottage in a letter to his friend William Dean Howells in 1874:

“It is the loveliest study you ever saw. It is octagonal, with a peaked roof, each face filled with a spacious window, and it sits perched in complete isolation on the top of an elevation that commands leagues of valley and city and retreating ranges of distant blue hills. It is a cozy nest and just room in it for a sofa, table, and three or four chairs, and when the storms sweep down the remote valley and the lightning flashes behind the hills beyond, and the rain beats upon the roof over my head, imagine the luxury of it.” 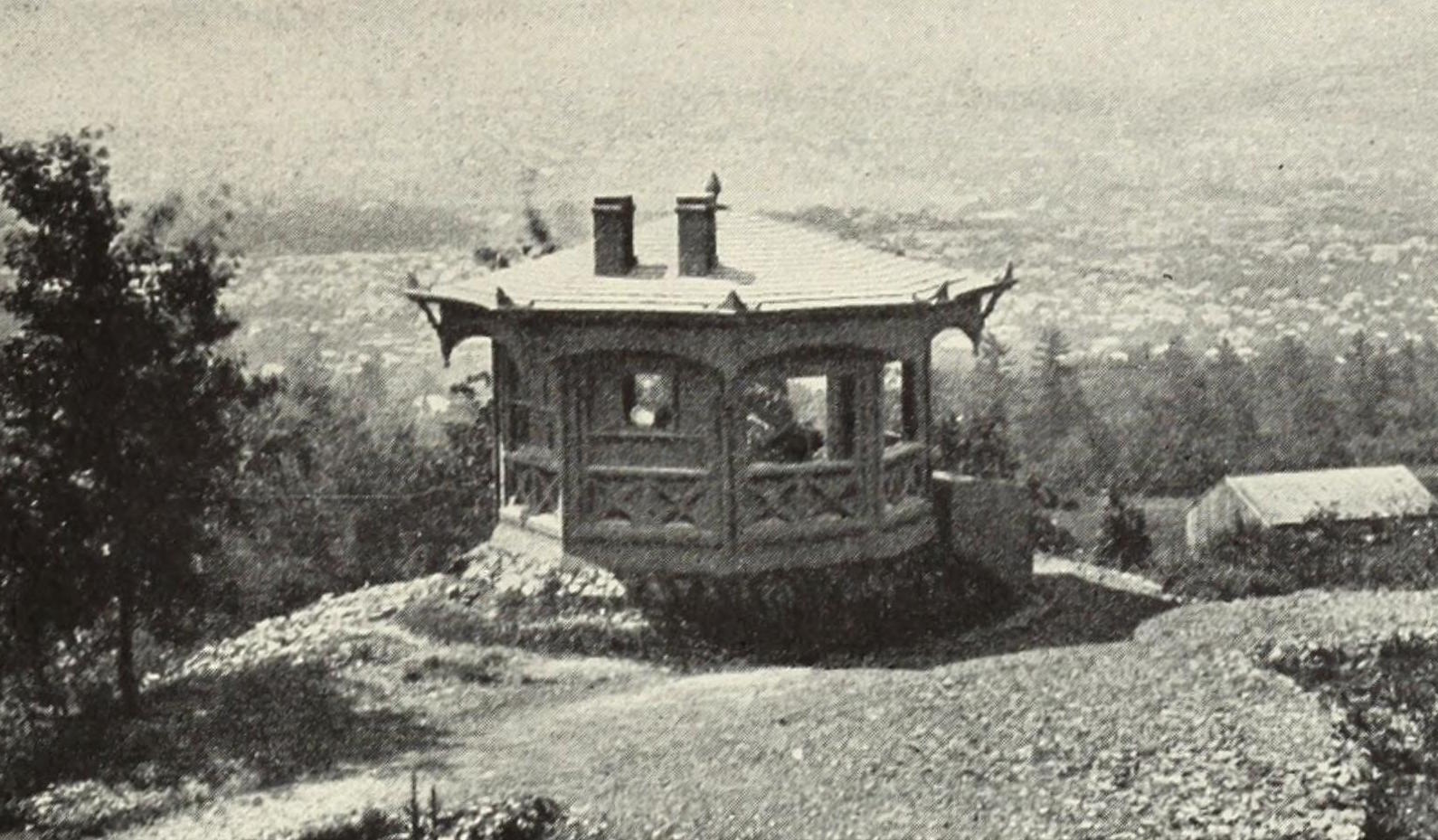 In the book we also find the following information about his writing habits in the summer of 1874 – a summer that must have been one of his most productive during his years as a writer:

He worked steadily there that summer. He would go up mornings, after breakfast, remaining until nearly dinner-time, say until five o’clock or after, for it was not his habit to eat luncheon. Other members of the family did not venture near the place, and if he was urgently wanted they blew a horn. Each evening he brought down his day’s performance to read to the assembled family. He felt the need of audience and approval. Usually he earned the latter, but not always. Once, when for a day he put aside other matters to record a young undertaker’s love-affair, and brought down the result in the evening, fairly bubbling with the joy of it, he met with a surprise. The tale was a ghastly burlesque, its humor of the most disheartening, unsavory sort. No one spoke during the reading, nobody laughed: The air was thick with disapproval. His voice lagged and faltered toward the end. When he finished there was heavy silence.

Written By
The Gentleman
More from The Gentleman
The leading digital marketplace for the world’s most beautiful things,  1stdibs and Christie’s,...
Read More