In Vintage Ale 2016, the brewer used classic British ingredients (Challenger, Goldings and North Down) along with Nelson Sauvin hops from New Zealand which was also one of the ingredients for the first brewing of Vintage Ale. Hops resort contributes to a warming alcohol Holton and a rich malt character, a character of the series. The result for 2016 is a smooth, mellow and tasty ale in a fine mix of native and distant ingredients.

Vintage Ale 2016 is a rich, complex ale with dark amber color. The flavors are from both Sherry and Cognac with roasted barley and autumn fruits. Drink beer like it at 11-13 degrees or serve it to rich meat stews, often with sweet or fruity accessories, or a classic British pie. It is also a good alternative to the port at the cheese board and a piece of chocolate.

There is becoming more and more interest in beer storage, just as wine storage, and Vintage Ale is an excellent example of a good beer for this purpose. Under the right conditions, the beer copes over ten years. For those who want to start storing beer, the procedure is largely similar to wine storage. The main difference is that beer should be stored standing instead of lying. But like wine the beer needs to be stored in a dark, dry place at a stable temperature, preferably between 11 and 15 degrees.

Are you not able to do so, it is also good to put the bottles in the closet, basement or garage and forget about them until it is time for the opening. The important thing is that the beer is not subjected to too big temperature changes. Vintage Ale contains live yeast, which means that the beer continues to develop its flavors to the day when the bottle is opened. 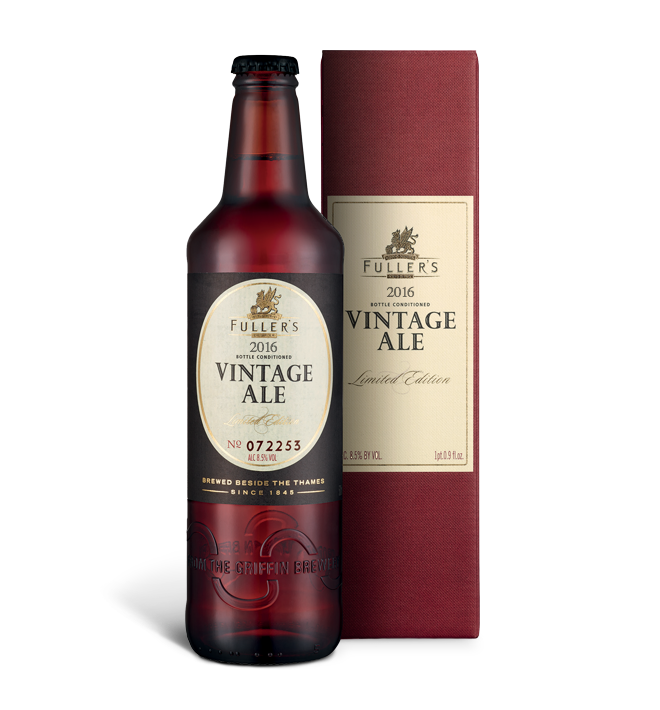 Written By
The Gentleman
More from The Gentleman
Everyone wants to be liked, but no one is liked by everyone....
Read More