Are you interested in making your own perfume? Of understandable reasons it’s not the easiest of tasks to find the original recipes of the most classic perfumes through the ages. Most perfume houses want to keep their recipes a secret from the public, partly because of the mystique it creates around the perfumes, but also of course because of business reasons.

Most often the producer offers a description of the ingredients and to which fragrance family the perfume belongs, but the devil is in the details. What’s often missing is the exact composition of the different ingredients, which is the most important part in the art of perfume making.

In the book Perfumes and their preparation from year 1892, Dr. Chem. George William Askinson (also manufacturer of perfumery) offers an insight in the art of perfume making. Among the perfumes mentioned in the book is Cologne Water, also known under the name Kölnisch Wasser, one of the oldest known perfumes that is still sold. 711 is a traditional German Eau de Cologne by Mäurer & Wirtz. Because it has been produced in Cologne since at least 1799, it is allowed to use the geographical indication Original Eau de Cologne. The producer has used the same formula for more than 200 years, so the formula from the book below should be pretty much the same.

The American version of the Cologne Water, or Eau de Cologne, Florida Water is also mentioned in the book. The recipe can be found at the below the German version below. It has the same citrus basis as Cologne Water, but shifts the emphasis to sweet orange (rather than the lemon and neroli of the original Cologne Water), and adds spicy notes including lavender and clove. The name refers to the fabled Fountain of Youth, which was said to be located in Florida, as well as the “flowery” nature of the scent.

The company states that their product, now sold under the Murray & Lanman brand, still uses the original 1808 formula, and that the current label is also a slightly modified version of the 1808 original.

Florida Water was regarded as a unisex cologne, suitable for men and women alike. Victorian etiquette manuals warned young ladies against the “offensive” impression made by a strong perfume, but Florida Water and Eau de Cologne were recommended as appropriate for all, along with sachets for scenting the linen and fresh flowers in the corsage. Large quantities were also used by barbershops as cologne and aftershave. In the 1880s and 1890s Murray & Lanman Florida Water was advertised as “The Richest of all Perfumes” and “The most Popular Perfume in the World”. 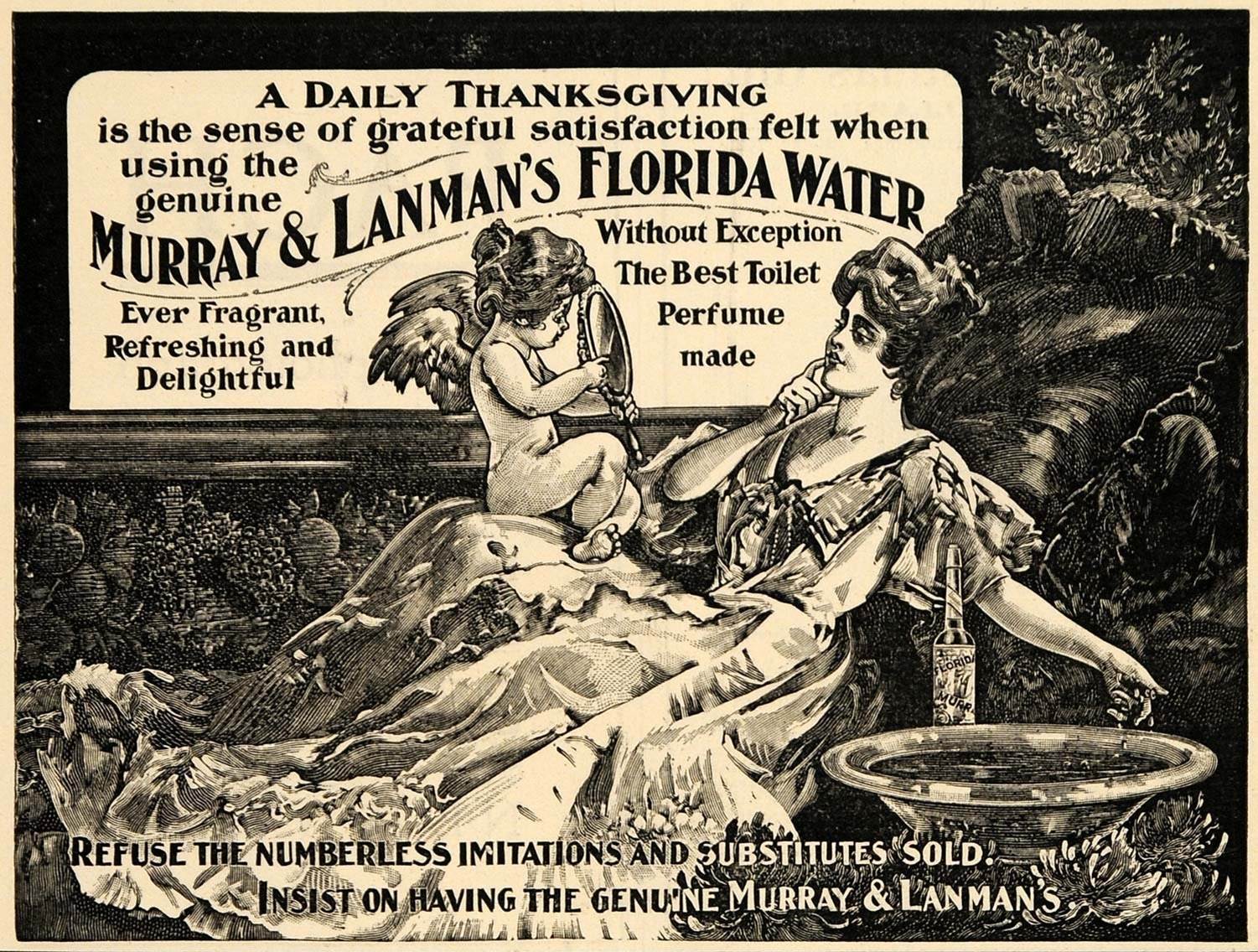 Like other colognes of the era, Florida Water was valued for its refreshing and tonic nature as well as its scent, and could be used as a skin toner or as what we would now call a “body splash”. It was also used as a toilet water, by adding it to the bath or wash-water.

Below is an excerpt from the book, with recipes of the two mentioned perfumes:

This famous perfume, which was first made in Cologne on the Rhine, its formula being kept secret, can be produced anywhere of the same quality as the original. In order to obtain a first-class product, it is necessary, besides using the finest oils—a matter of course for all fine perfumes—to observe another special point. Every Cologne water contains oils of the citron group which develop their best odors only in true181 spirit of wine. Unless an alcohol distilled from wine is used, it will be impossible to make a Cologne water of really first quality. While it is possible to make a good cologne with grain or potato spirit, especially if highly rectified, comparison with one prepared from pure spirit of wine will at once show a marked difference. The small amount of œnanthic ether, hardly demonstrable by chemical tests but present in every spirit of wine, exerts a decided influence on the flavor.

Cologne water of the most superior and incomparable quality is made by dissolving the essential oils, excepting the oils of rosemary and neroli, in the alcohol and distilling it, the other oils being added to the distillate.

A very large number of formulas for the preparation of Cologne water have been published of which we subjoin a few. We have purposely omitted those containing many essential oils, as experience has taught us that they are of little value; for it is not the number of oils that determines the fineness of a perfume, but the manner in which certain odors are combined.

The numerous formulas show that oils of lemon, bergamot, and orange form normal constituents of every Cologne water; the finer grades always contain, in addition, oils of rosemary and neroli. It is advisable to dissolve the aromatics in very strong alcohol and then to effect the dilution required with orange-flower or rose water. This dilution is also to be employed when a cheaper product is desired. 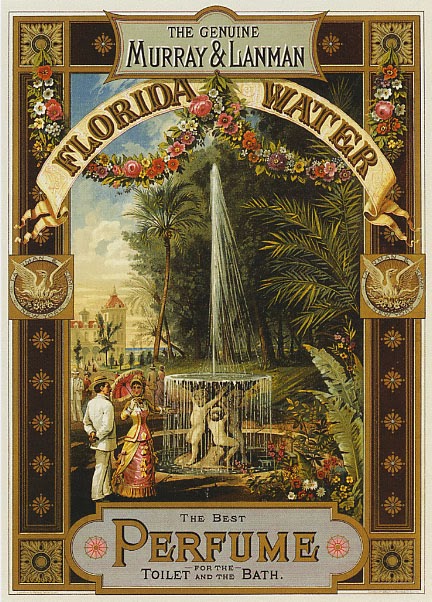 Written By
The Gentleman
More from The Gentleman
Exactly one year after the opening of its exclusive Capri boutique in...
Read More