Some artists are early risers because they have no other choice, working early in the morning is the only way of fitting creative work into their busy schedules. Others have found out that there’s something special about working in those early hours. A feeling that cannot be found during the other hours of the day.

In an interview with The Paris Review 1958, Ernest Hemingway declared his love for early morning routines, when asked about his writing process:

“When I am working on a book or story I write every morning as soon after first light as possible. There is no one to disturb you and it is cool or cold and you come to your work and warm as you write. You read what you have written and, as you always stop when you know what is going to happen next, you go on from there. You write until you come to a place where you still have your juice and you know what will happen next and you stop and try to live through until the next day when you hit it again. You have started at six in the morning, say, and may go on until noon or be through before that. When you stop you are as empty, and at the same time never empty but filling, as when you have made love to someone you love. Nothing can hurt you, nothing can happen, nothing means anything until the next day when you do it again. It is the wait until the next day that is hard to get through.” 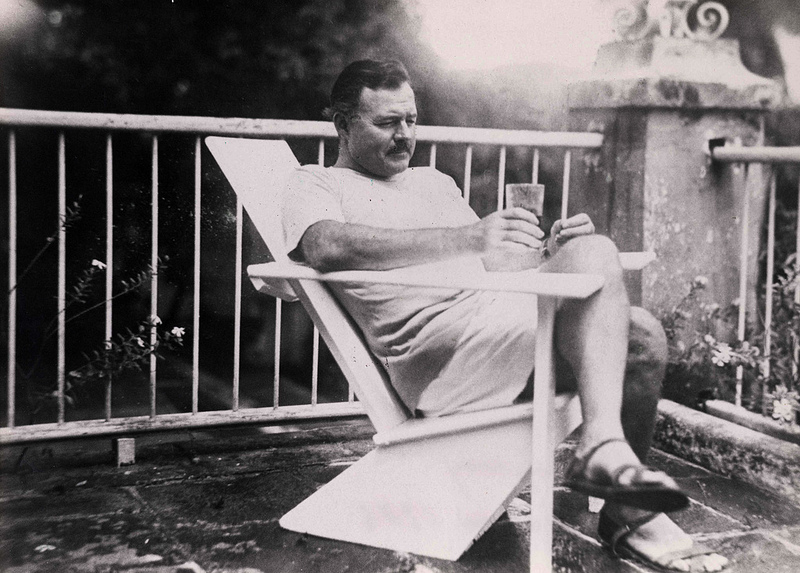 Another person that willingly rises early to begin his writing process is Haruki Murakami that in the same magazine described his writing routines as follows in the summer of 2004:

“When I’m in writing mode for a novel, I get up at 4:00 am and work for five to six hours. In the afternoon, I run for 10km or swim for 1500m (or do both), then I read a bit and listen to some music. I go to bed at 9:00 pm. I keep to this routine every day without variation. The repetition itself becomes the important thing; it’s a form of mesmerism. I mesmerize myself to reach a deeper state of mind. But to hold to such repetition for so long — six months to a year — requires a good amount of mental and physical strength. In that sense, writing a long novel is like survival training. Physical strength is as necessary as artistic sensitivity.”

In his Autobiography Anthony Trollope (1815-1882) wrote about his writing habits. He woke in darkness and wrote from 5:30 a.m. to 8:30 a.m. with his watch in front of him. He required of himself two hundred and fifty words every quarter of an hour. If he finished one novel before 8:30, he took out a piece of paper and started the next.

The writing session was followed by a day job at the post office. With these routines, he produced forty-nine novels in thirty-five years. Thanks to his success, he recommended his methods to other writers.

“Let their work be to them as is his common work to the common laborer. No gigantic efforts will then be necessary. He need tie no wet towels round his brow, nor sit for thirty hours at his desk without moving,—as men have sat, or said that they have sat.” 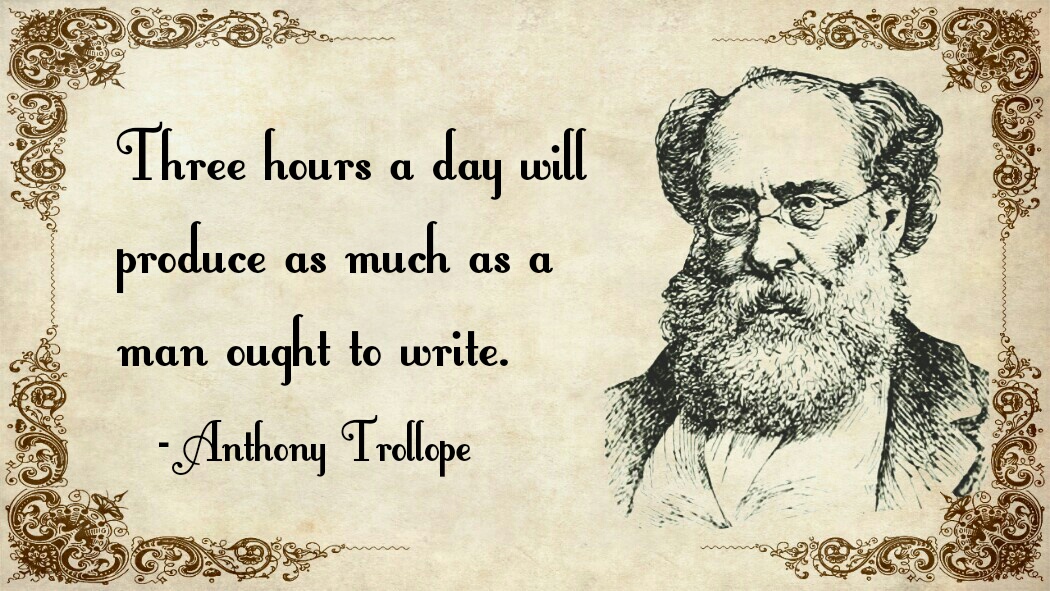 Benjamin Franklin and his routines are well documented in his Autobiography in which he along with his personal improvement program, had a strict schedule of daily routines, with early mornings. His daily routines looked as follows: 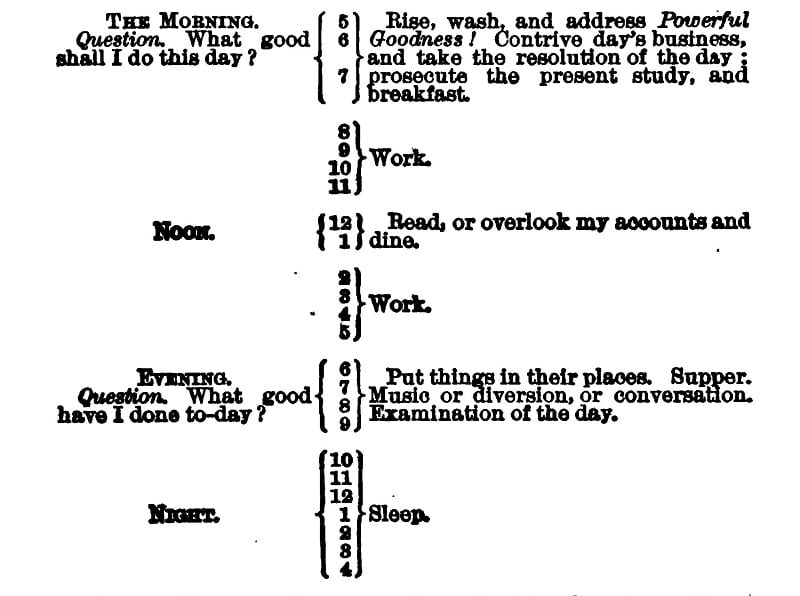 There are many advantages to starting the day early. It’s not only about the most obvious, that you get to work undisturbed and therefore have the chance to get a lot done early on in the day. It also has its mental benefits. One should never underestimate the sense of self-control that it creates.  A feeling that could be helpful in the rest of the activities during the day.

Written By
The Gentleman
More from The Gentleman
We are living in a time when private savings are at their...
Read More