The seventh season of Game of Thrones’ had it’s premiere a couple of weeks ago. Just in the time for the summer holidays, you here have the chance to get in the spirit and explore the British castles, caves, mountains and moorland where the show’s cameras have rolled.

Northern Ireland in particular is home to most of the show’s filming locations, and Discover Northern Ireland has complied numerous themed Game of Thrones experiences, from half-day to one-week options. Among them are self-guided walks, cycles, coach tours, cruises, glamping breaks and themed banquets. 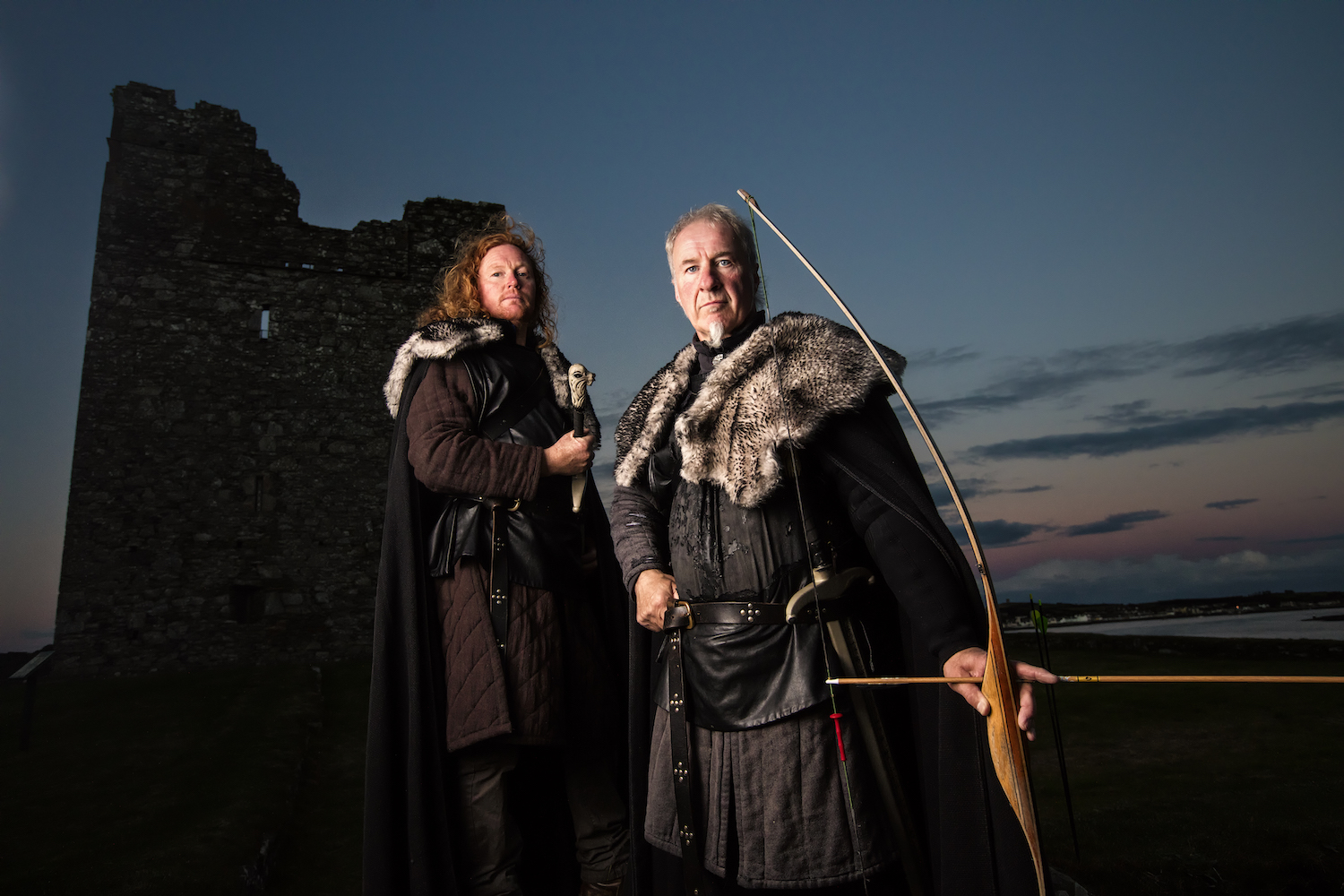 Castle Ward
The most recurrent location that features in the TV show is Castle Ward, a looming 18th-century country house overlooking the lake of Strangford Lough. Its grounds, courtyard and clock tower doubled as Winterfell during seasons one and two. Visitors can fire arrows and adorn Stark costumes beside a Winterfell set replica, before strolling the impressive sunken gardens or following bike trails.
Getting there: Castle Ward is an hour’s drive south-east of Belfast, or an hour and 30 minutes if you’re going by bus. 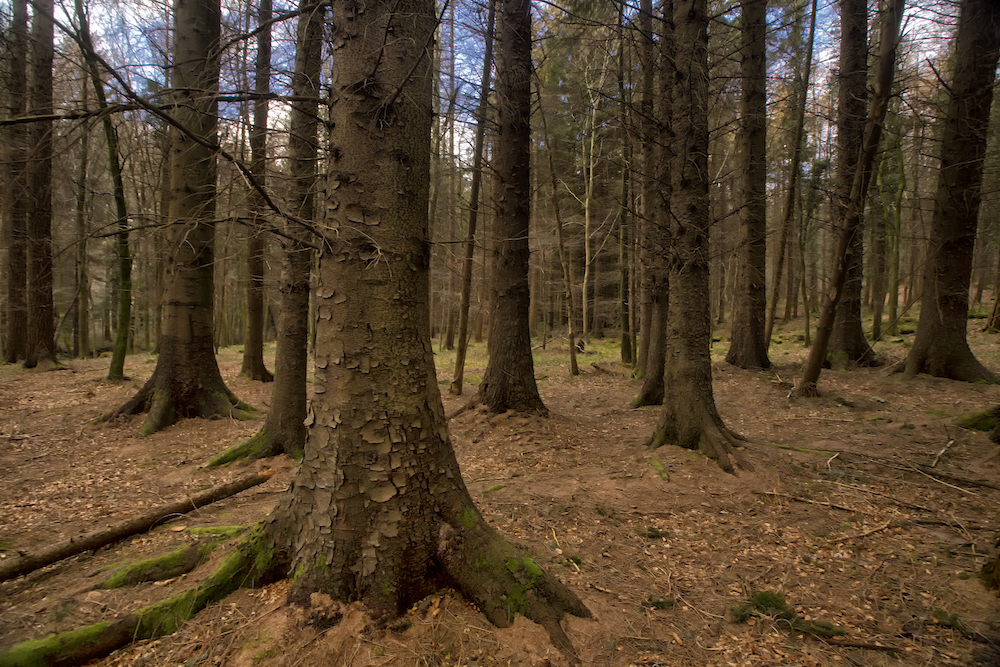 Tollymore Forest Park
Remember the Haunted Forest where Ned and his children stumble upon direwolf pups in the show’s inaugural episode? That was actually Tollymore Forest Park, which also witnessed Theon Greyjoy’s capture by the ‘Bastard of Bolton’, Ramsay Snow, in season three. Unlike Greyjoy, you’ll be free to follow beckoning hiking trails toward the surrounding Shimma River and Mourne Mountains, which also inspired author CS Lewis to create Narnia.
Getting there: The drive from Belfast takes just over an hour, or two hours by bus. 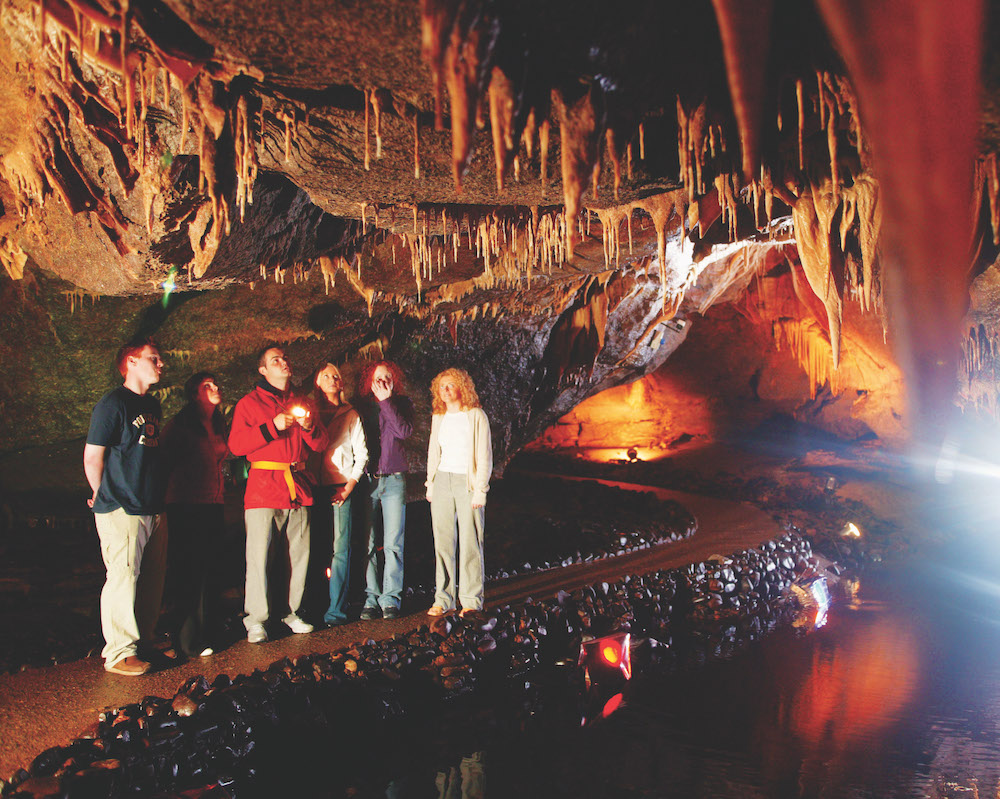 Marble Arch Caves Global Geopark
Occupying Northern Ireland’s far south-western corner and open from March to October, the Marble Arch Caves are an extensive underworld of rivers, cascades and stalactites. A show cavern can be visited, but fans might prefer to view the Geopark’s less-subterranean Pollnagollum Cave from a raised platform, as that’s where Sandor bloodily rumbles the Brotherhood Without Banners’ hideout in season three.
Getting there: The caves are most easily accessed by car via a two-hour drive from Belfast.

Carncastle
Remember the Game of Thrones pilot? Ned Stark beheads a deserter from The Wall on a vast, windswept plain. That scene was created on moorland near the sleepy real-life village of Carncastle, and the same spot was used in later seasons to evoke ruined Moat Cailin, where Sansa reluctantly consents to marry Ramsay Bolton. After reliving it all, warm up over a Game of Thrones Afternoon Tea at nearby Ballygally Castle Hotel. The menu includes Winterfell Jaffa Cakes and there are views of Scotland on clear days.
Getting there: Carncastle is just north of Larne, a 30-minute drive from Belfast.

Downhill Beach
This wild stretch of beautiful, butterscotch-coloured sand on Northern Ireland’s north coast is overlooked by the isolated, circular Mussenden Temple, part of a neighbouring National Trust estate. Downhill Beach is where the red priestess Melisandre and Stannis Baratheon burn the Seven Idols of Westeros before drawing a sword from the flames to thrillingly kick off season two. Visitors to the beach can horse-ride along the same stretch of sand.
Getting there: The nearest coastal town of Castlerock is a mile away and served by trains from Belfast, which take 70 minutes. 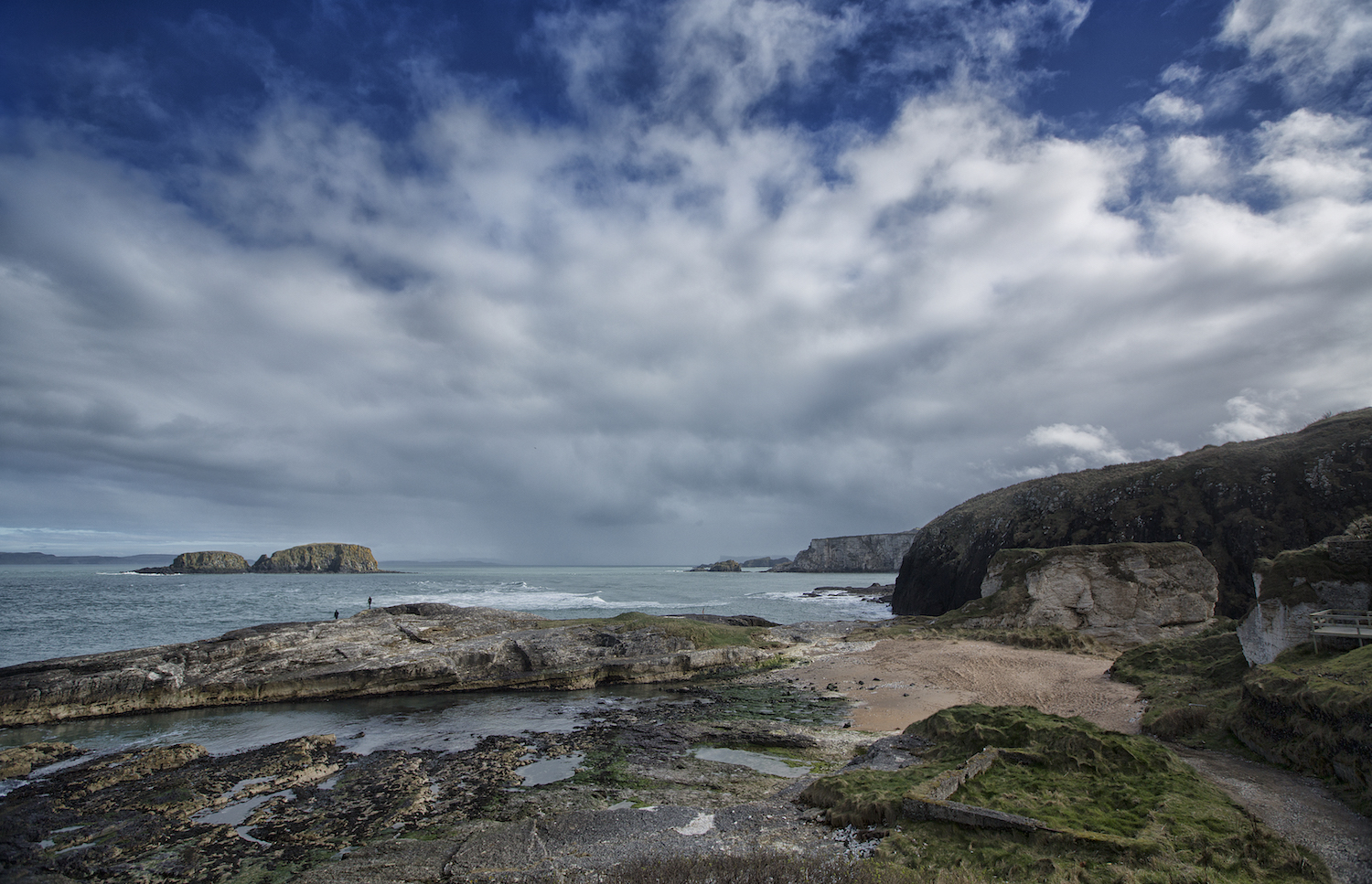 Ballintoy
Head 32 kilometres to the east and you’ll come across Ballintoy Harbour – a tiny, photogenic fishing settlement. In seasons two, three and six it became Pyke, the Greyjoy’s castle within the Iron Islands. Their fortress is super-imposed, but Ballintoy is easily recognisable as the fictional town of Lordsport – especially when Theon returns home from Winterfell and first meets sister Yara. Relive the scene then sip a mug of tea in the charming Red Door Tea Room.
Getting there: Ballintoy is 70 minutes’ drive north of Belfast. 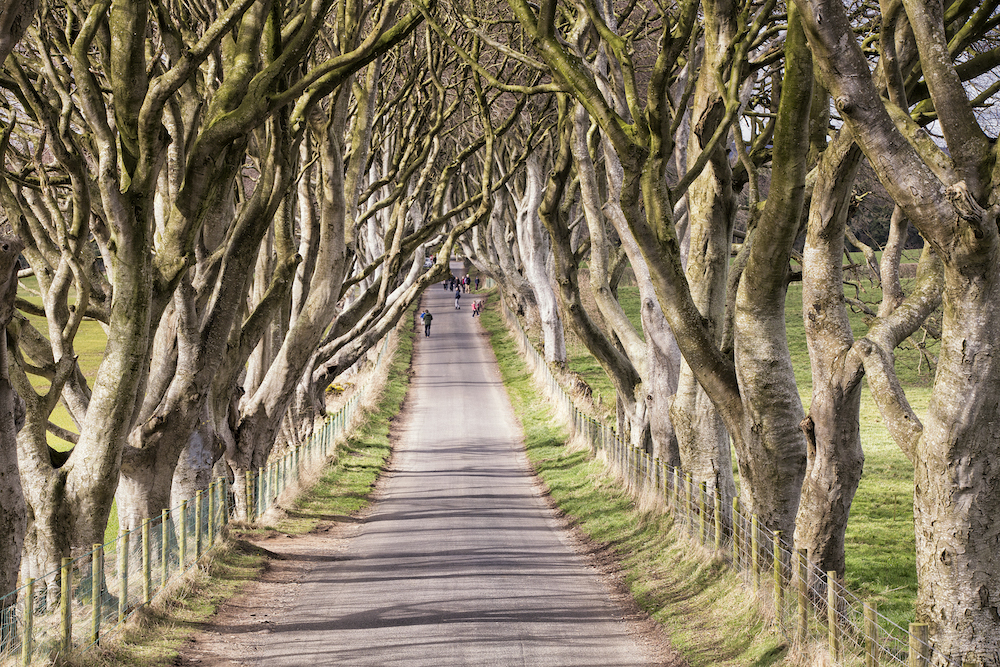 The Dark Hedges
Complete with an appropriately Game of Thrones-esque name, this dense beech-tree avenue was originally designed by the local Stuart family to impress anyone visiting their Gracehill House. On screen, The Dark Hedges. became part of the mammoth Kingsroad, which features when a heavily-disguised Arya Stark flees King’s Landing. Try to arrive early in the day to enjoy this impressive avenue in relative seclusion.
Getting there: The Dark Hedges are located a few miles north of Stranocum on Bregagh Road, an hour’s drive north from Belfast.

Doune Castle
Scotland had a brief taste as a Game of Thrones location when this medieval stronghold depicted Winterfell in the show’s pilot episode, before being usurped by Castle Ward. Open all year, Doune Castle has previously appeared on the big screen in Monty Python and the Holy Grail, and in popular TV series Outlander.
Getting there: The castle is located near Stirling in central Scotland, 30 miles north-west of Edinburgh, and is most easily accessed by road.

Written By
The Gentleman
More from The Gentleman
Anyone who has visited a tannery can attest to the distinctive and...
Read More