Benjamin Franklin (1706-1790) was one of the Founding Fathers of the United States. Franklin became a successful author, printer, political theorist, politician, freemason, postmaster, scientist, inventor, civic activist, statesman, and diplomat. All this despite being born into a poor family and only receiving two years of formal schooling.

The key to Franklin’s success was his ambition and his drive to constantly improve himself. As described in his Autobiography, at the age of 20, Benjamin Franklin set out a goal for himself; the attainment of moral perfection.

In order to accomplish his goals, Franklin developed a personal improvement program that consisted of living 13 virtues. These 13 virtues were: 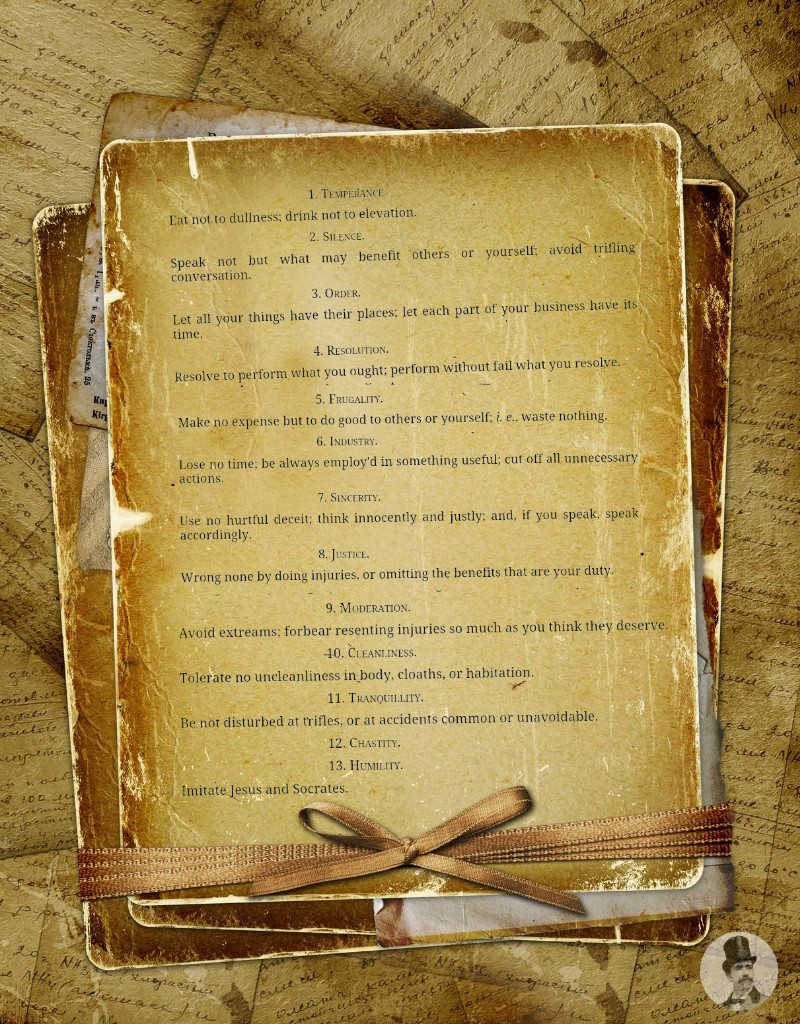 In order to keep track of the virtues, Franklin carried around a book of 13 charts. The charts consisted of a column for each day of the week and 13 rows marked with the first letter of his 13 virtues. Franklin evaluated himself at the end of each day. He placed a dot next to each virtue each had violated. The goal was to minimize the number of marks, which would indicate “a clean life”. 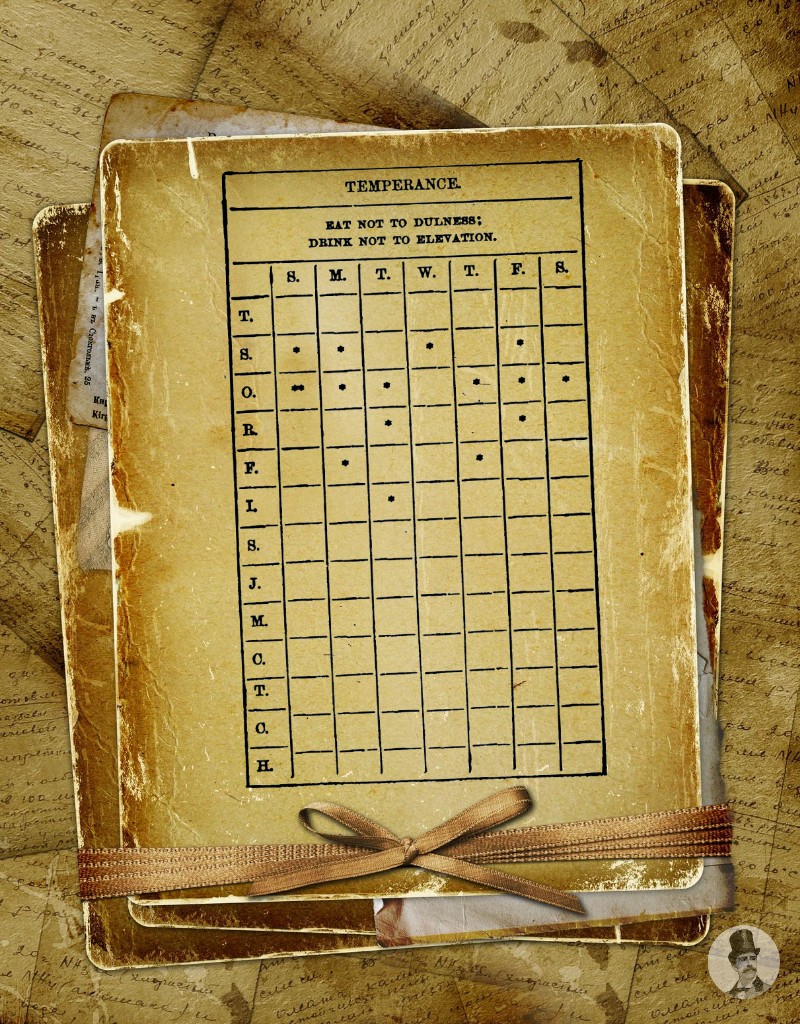 Along with his personal improvement program, Benjamin Franklin also had a strict schedule with daily routines according with which he lived. His daily routines looked as follows: 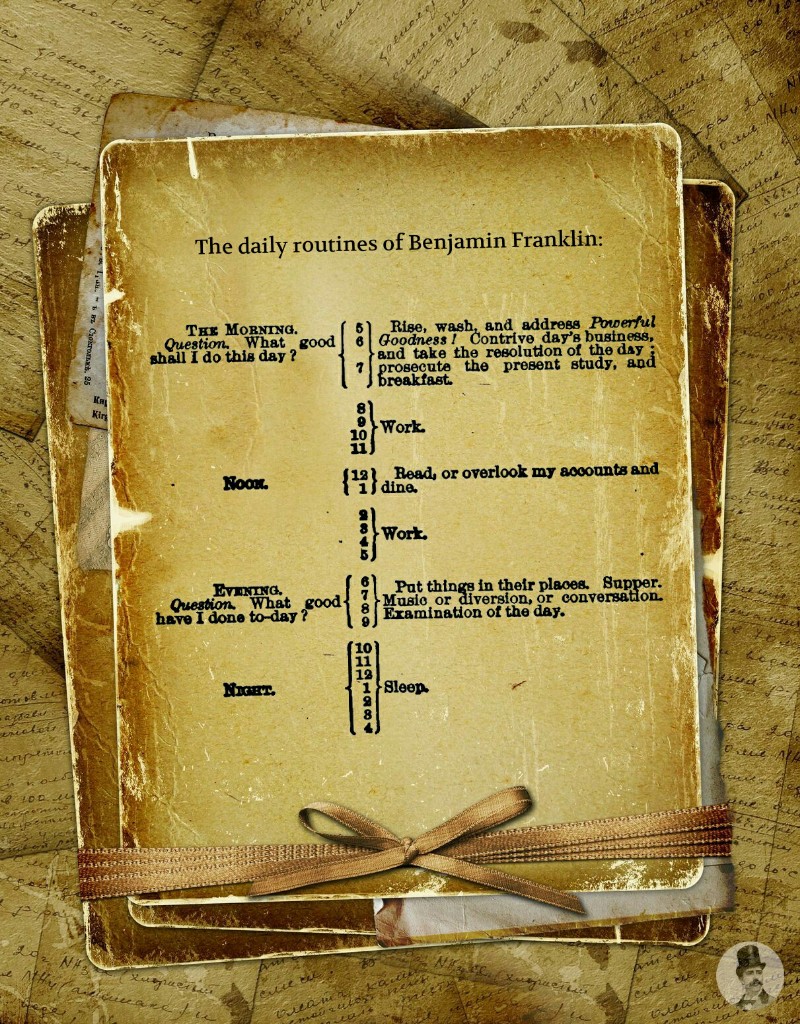 We can all learn a lot from Benjamin Franklin in how to set goals and strategies for our lives. It’s not easy to navigate in today’s complex society. But if we set out clear goals and principles for our lives and how we want to live, we can make it much easier for ourselves. In this regard, Franklin’s dedication to his personal development serves as an inspiration for all of us.

Written By
The Gentleman
More from The Gentleman
Valentine’s Day is fast approaching and whether you’re looking to give something...
Read More