Today we will take a closer look at another really interesting book on the subject of personal development. Although it is written almost 100 years ago, it’s one of the best books I’ve read on the subject. Especially as there are some really useful and practical tips on self-evaluation in this book.

Most people are familiar with Forbes Magazine and it’s yearly compilation of the world’s richest persons. The founder of this magazine is, however, unknown to most of us living today.

Bertie Charles Forbes (1880 –1954) was a Scottish-born American financial journalist and author who worked as a reporter and editorial writer with a local newspaper until 1901 when he moved to Johannesburg, South Africa. There where he worked on the Rand Daily Mail until he immigrated to New York City in the United States in 1904 where he was employed as a writer and financial editor at the Journal of Commerce before joining the Hearst chain of newspapers as a syndicated columnist in 1911. He left Hearst after two years to become the business and financial editor at the New York American where he remained until 1916. 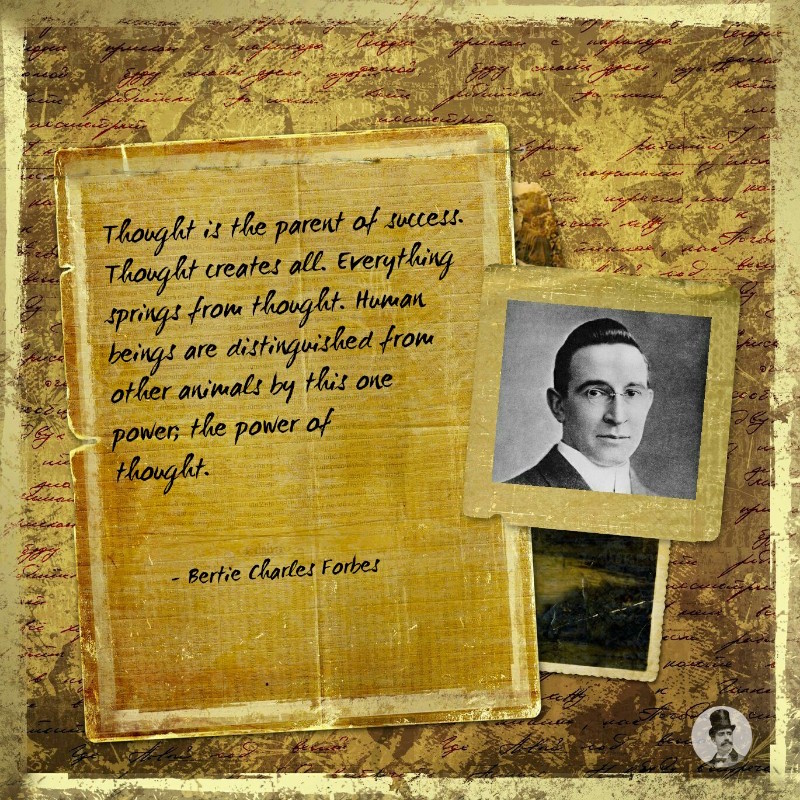 B.C. Forbes authored several books, mostly on subjects like personal development and inspiration. Of these the following books can be read for free online:

Of these books, I choose to focus on Keys to Success – Personal Efficiency. According to B.C. Forbes, the first step toward efficiency is the personal check-up.

On the chart below you find a blank in which the various Keys to Success are listed in the first column. In the spaces opposite you should then check each quality by a cross in the proper column, according to your own strengths and weaknesses.

To quote Forbes, you should proceed as follows when completing the schedule: 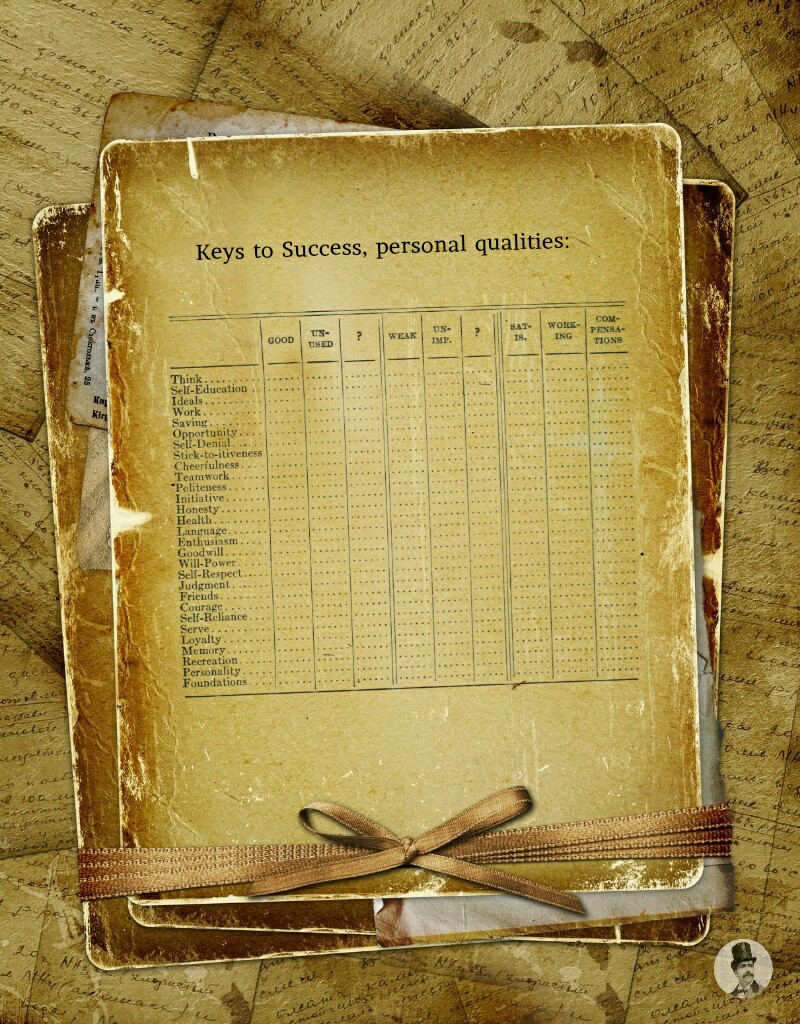 In the third column check the qualities which you suspect may be weak but about which you are uncertain.

Here is the same chart as it is presented in the book: 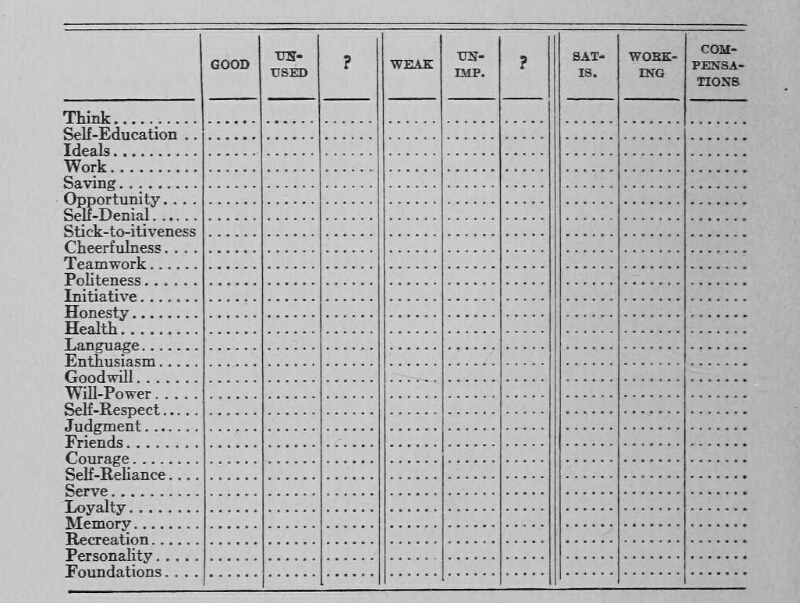 It may not be that easy to know exactly what is meant by the personal qualities that Forbes uses in the table. Therefore, I suggest that you read about the personal features in the book, as the importance of them are explained in detail in a separate section.

It is really important that we occasionally take the time to evaluate ourselves. Unfortunately, there are not too many good examples on how to do this. Not even in today’s society with an abundance of information.

Written By
The Gentleman
More from The Gentleman
There is something magical about the 1920s. This was an era that...
Read More