The spy comedy film Kingsman: The Golden Circle is about to be released in the United Kingdom on 20 September and on 22 September in the United States. Kingsman the movie isn’t, however, just a movie that reinvigorates the spy genre. In connection with the movies, luxury menswear site MR PORTER has worked with director Mr Matthew Vaughn and costume designer Ms Arianne Phillips to create a menswear label that brings new life into the classic British gentleman’s wardrobe.

The first bespoke collection from Kingsman was launched in connection with the first movie, Kingsman: The Secret Service in 2014. Since then the collection has lived its own life with releases every season, two times a year.

As we now are ready for both the Autumn/Winter-season and the second movie in the series, the last pieces from the new collection have arrived on MR PORTER. As always the focus is on British heritage, with cloths sourced from traditional mills and hand-picked collaborations from some of the most classic british brands, like Drake’s, George Cleverley, Turnbull & Asser and Cutler & Gross.

Some of the collaborating brands have been there since the beginning, but in every new collection there are also some new, interesting collaborations that are revealed. For this collection we also see some iconic american brands like Stetson and Luchesse, as some of the scenes in the movie takes place in Kentucky.

In the inspiration in the picture above, we have used the most classic garments to picture the traditional spy style. With a pinstripe, double-breasted suit from the collection in combination with a shirt from Turnbull & Asser and tie from Drake’s you look like a traditional British gentleman. In addition to that, a few accessories from the new collaborations, like a decanter set from british Higgs & Crick and perfume from Perfumer’s Story. 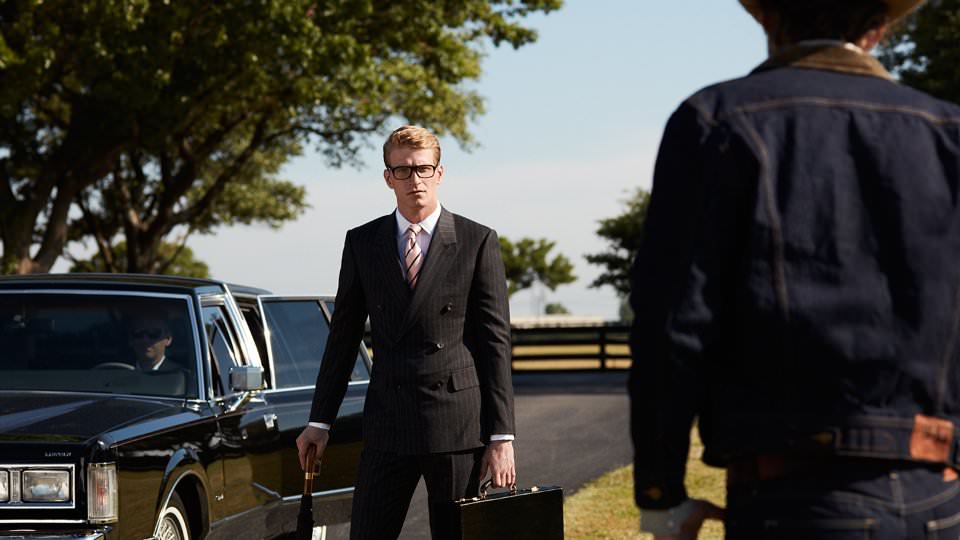 The nspiration: Campaign picture from the new Kingsman Collection. 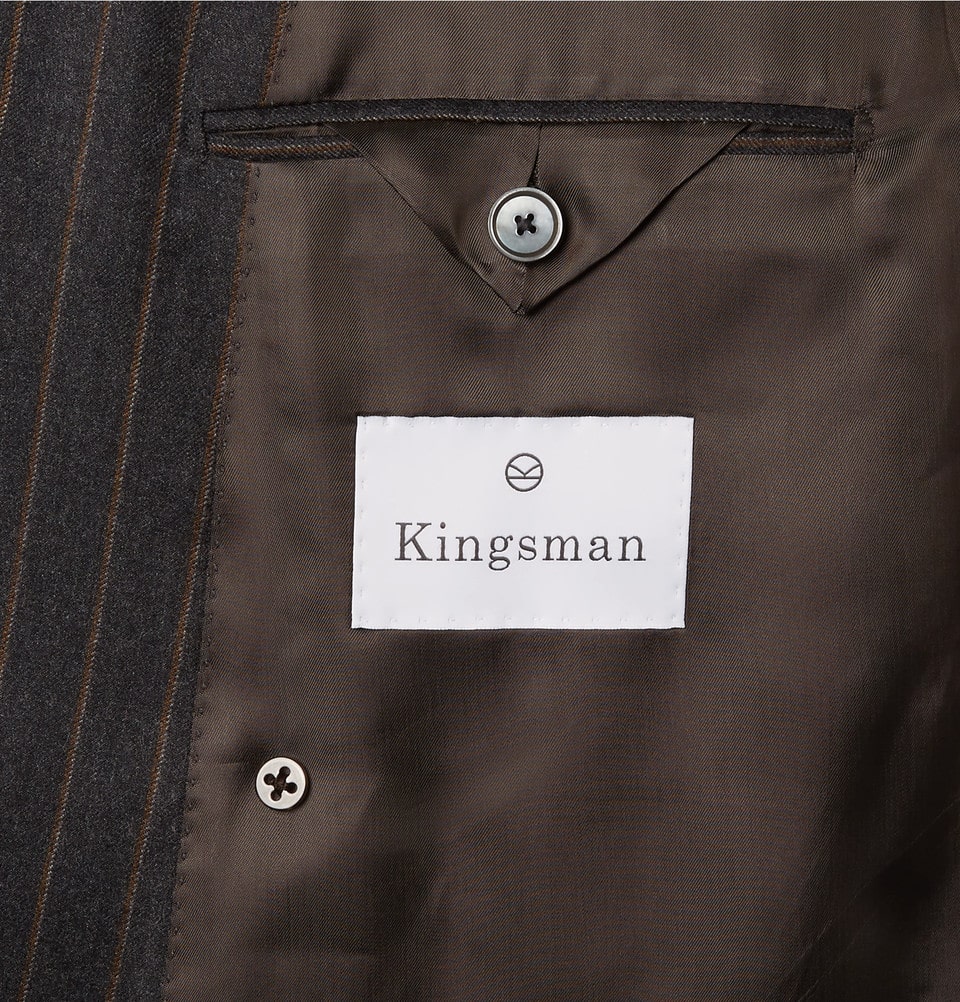 This fully canvassed Kingsman suit is made from a lightweight Dormeuil wool from the House of Dormeuil. The suit with the name “Eggsy” is named after the character in the movie that uses this garment. Another traditional English mill that has collaborated with MR PORTER and the Kingman collection is William Halstead that was established in 1875. 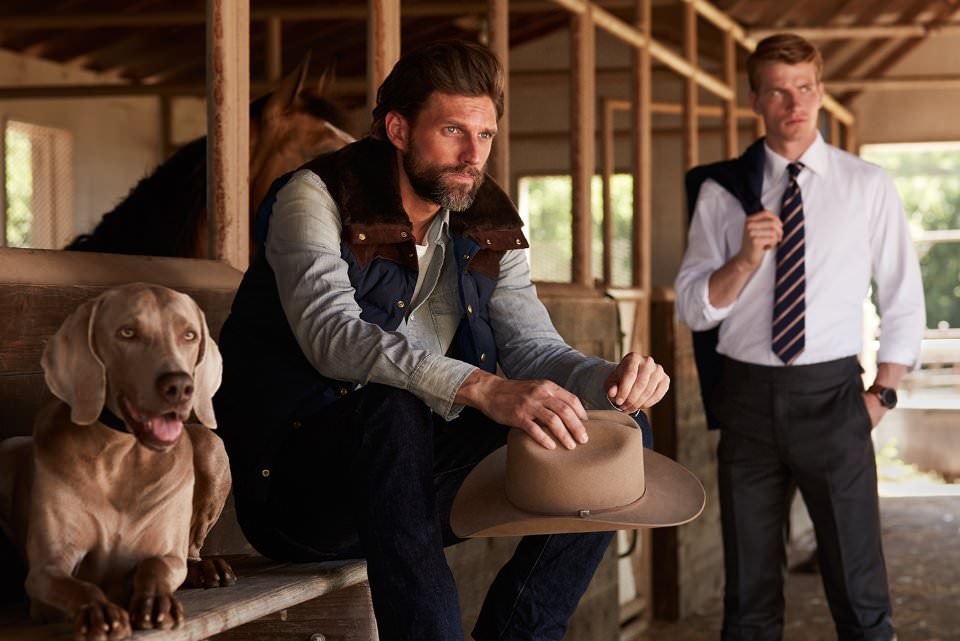 In the new move Kingsman: The Golden Circle we see scenes from Kentucky in the US countryside. Something that also can be seen in the collection. Here with a quilted west from Rocky Mountain Featherbed and hat from Stetson. 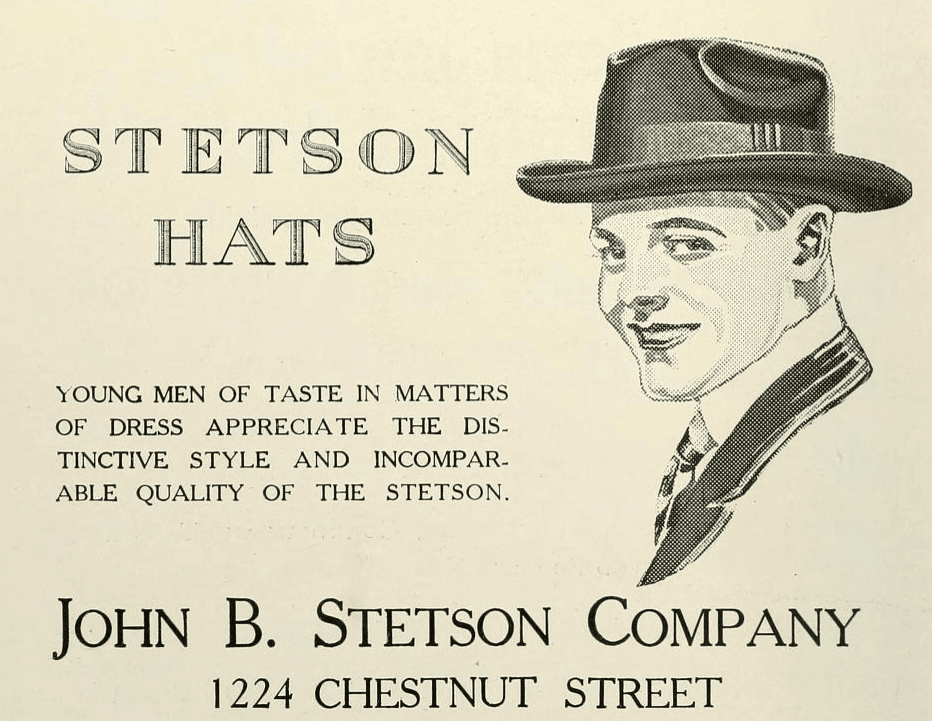 An ad with Stetson hats from the magazine ”Twentieth Annual Report of The National Farm School” from november 1917.

Brands like Drake’s, George Cleverley and Turnbull & Asser have been along in all of the Kingsman collection. A new collaboration brand for the new collection is Higgs & Crick, that manufactures luxurious handmade furnitures and glas art. 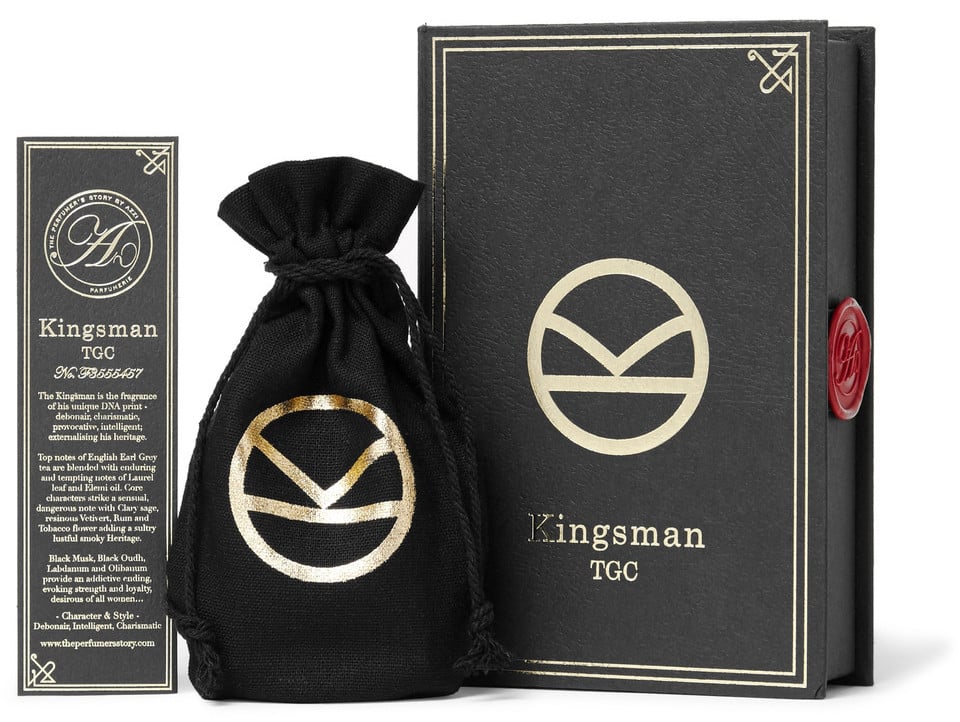 Another interesting collaborating brand is the award winning Azzi Glasser at The Perfumer’s Story. She has created a manly and smoky perfume for the collection, with notes of rum and tobacco. 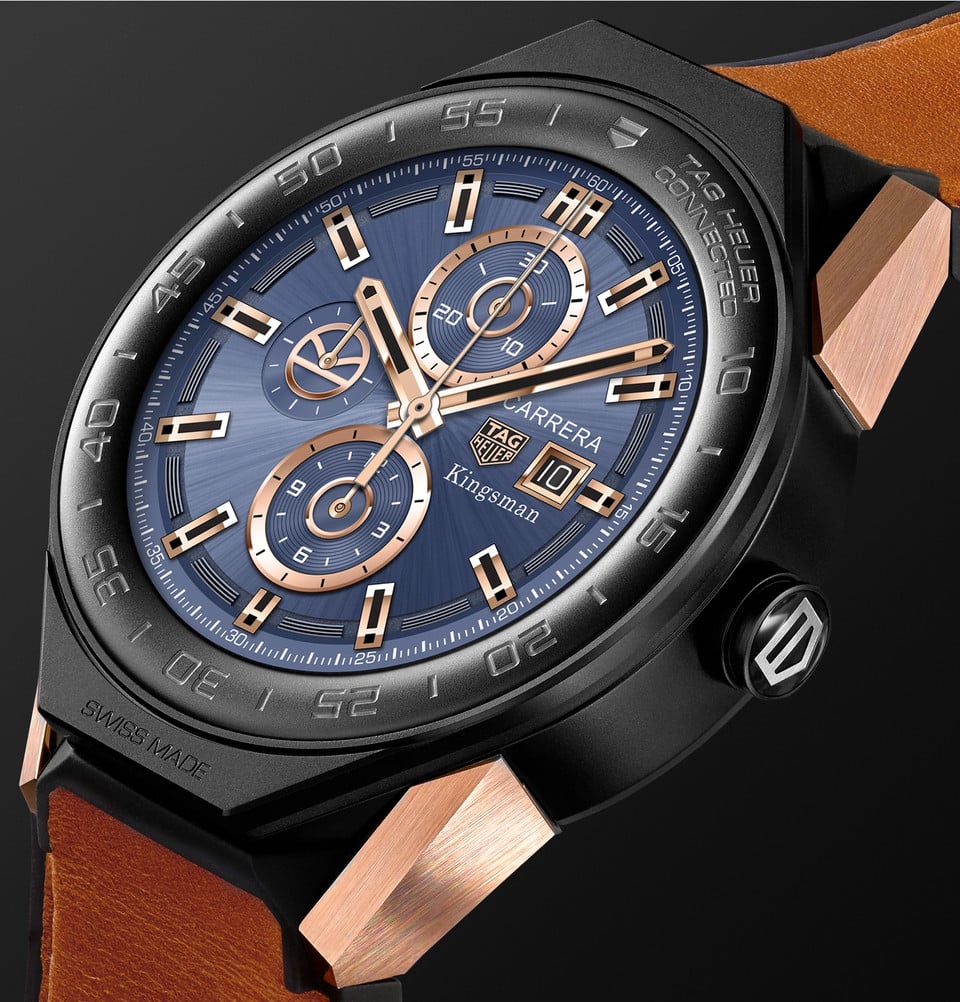 Those who have followed the previous collection may remember that english manufacturers of luxurious wristwatches Bremont has made a couple of models for the Kingsman collection. For this collection it’s the Swiss brand TAG Heuer that has contributed with a really stylish smart watch. 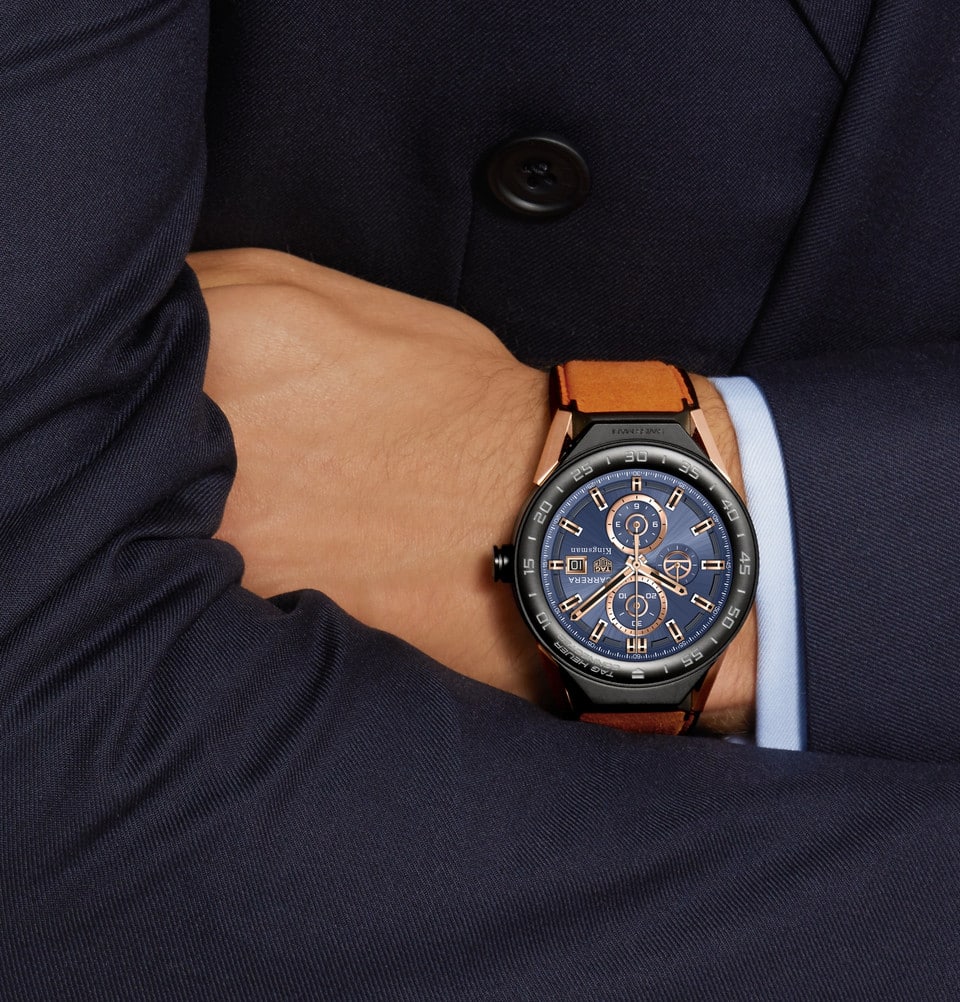 Written By
The Gentleman
More from The Gentleman
Both legendary in their own right, Zenith and Cohiba share the same...
Read More