Grimbergen, that is known for its award-winning Belgian beers, just revealed that it has received the permits to build a new microbrewery inside the walls of Grimbergen Abbey near Brussels. The microbrewery will bring brewing back to where it started and will combine brewing traditions from ancient books from the abbey’s library with modern and innovative techniques to craft limited-edition batches of premium beers.

The medieval books have lived in the abbey’s extensive library for centuries and the Fathers have recently delved deeper into their pages to uncover brewing techniques that have until now been lost to history. Grimbergen plans to use this information in its microbrewery to create unique and exceptional beers with never before known tastes. 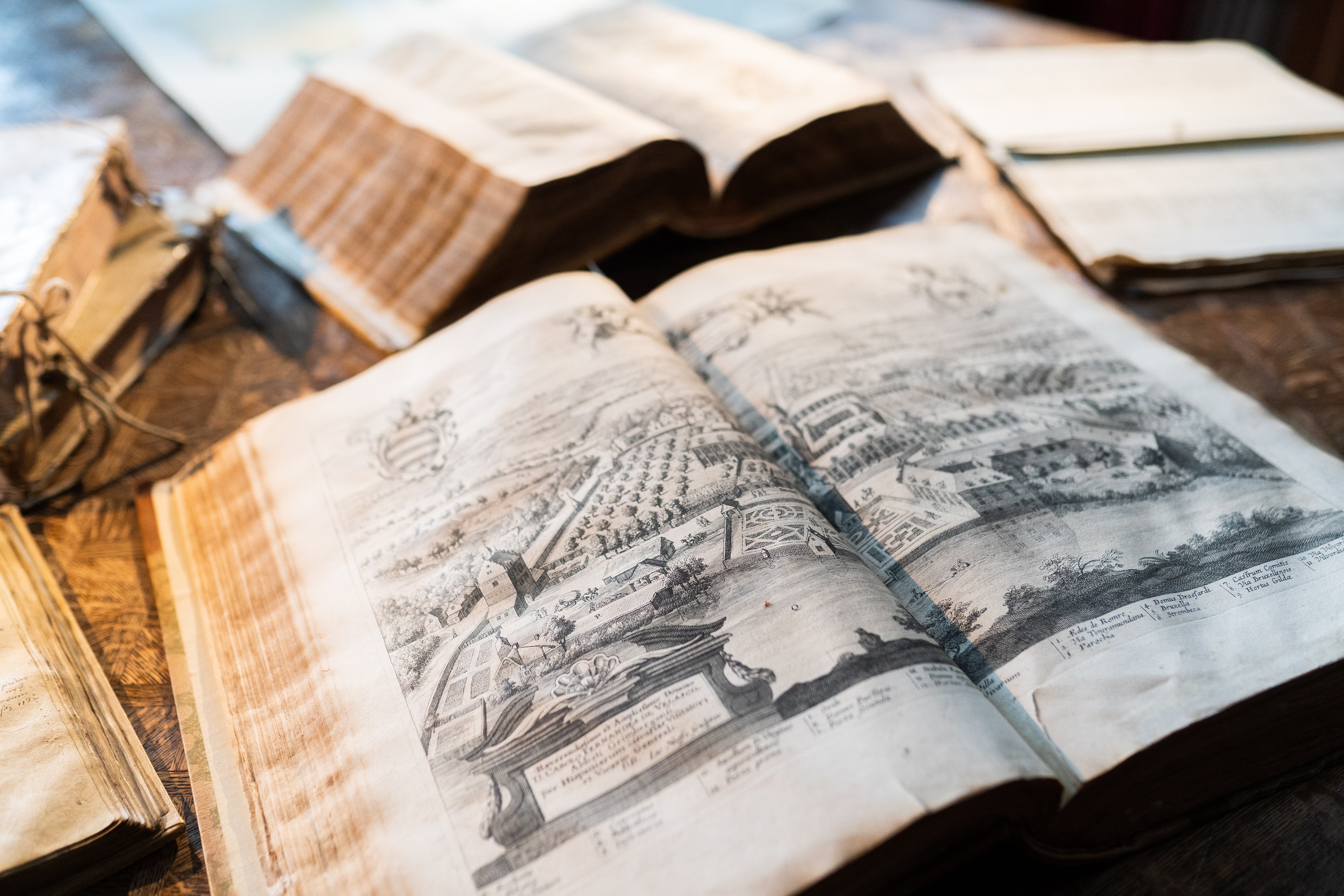 The books date from as far back as the 12th Century and their pages reveal fascinating details on how Grimbergen beers were brewed in the past. The collection has survived the three fires that have destroyed the Abbey. The third fire in 1798 during the French Revolution threatened to completely destroy the collection, but the books were saved thanks to the incredible bravery and ingenuity of the Grimbergen Abbey Fathers. They knocked a hole in the library wall and secretly removed around 300 books before the abbey was set on fire and destroyed for the third time.

The Fathers of Grimbergen have also played a pivotal role in realising the vision of bringing brewing back to where it started. They’ve chosen Father Karel Stautemas, the subprior at the abbey to become involved in the microbrewery. He is set to take on an additional role to his usual day-to-day life by undertaking formal brewing training. This will allow him to combine the centuries of brewing heritage at the abbey with modern techniques to continue the legacy of generations of Fathers before him. 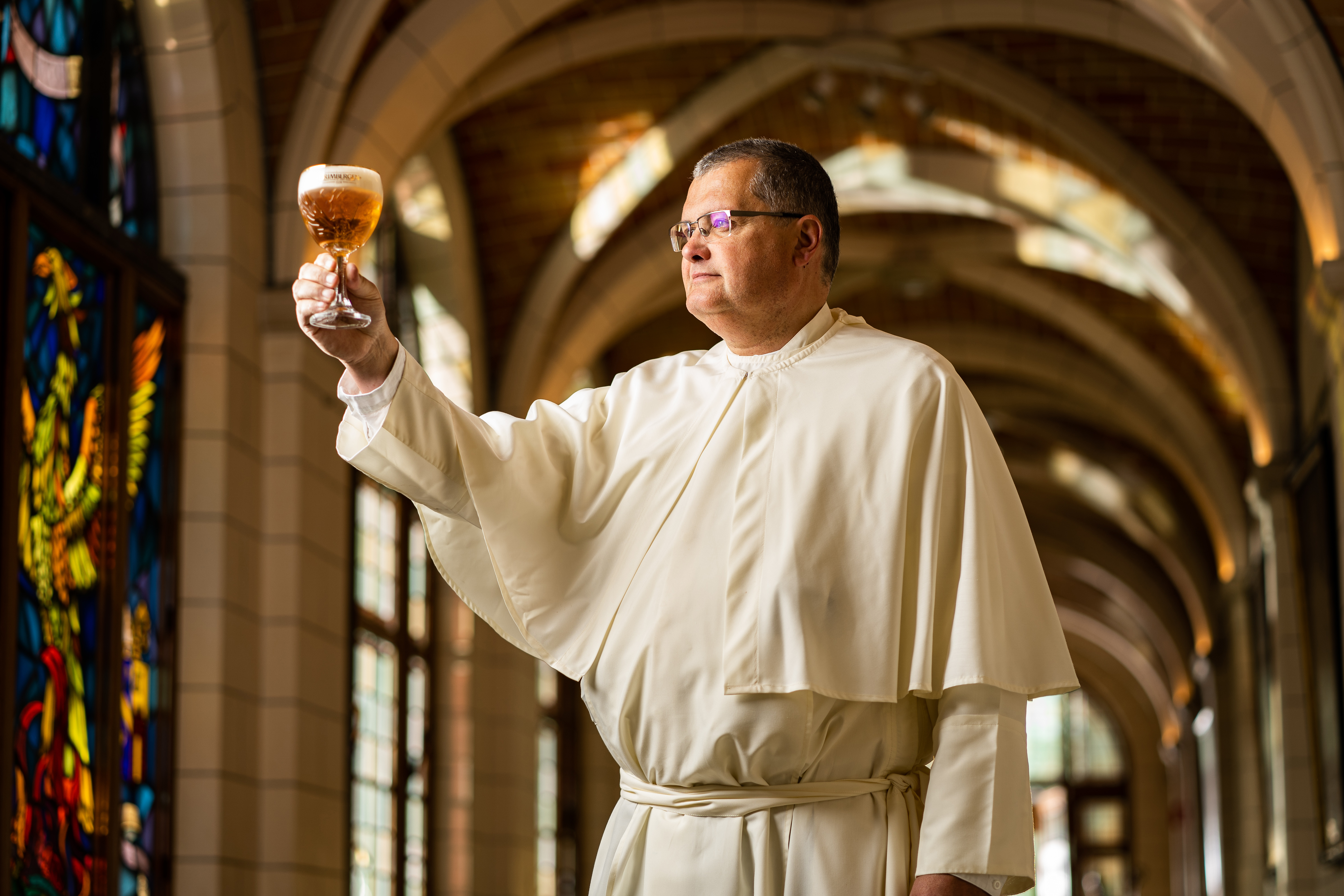 Speaking at a launch event at Grimbergen Abbey, Father Karel said: “Beer has always been part of life in the abbey and we are proud of the beers we have today. We’ve really enjoyed reading more about past brewing traditions in the pages of these ancient texts. We’ve spent hours leafing through the books, which are written in Latin and Old Dutch, and have discovered ingredient lists for beers brewed in previous centuries, the hops used, the types of barrels and bottles, and even a list of the actual beers produced centuries ago. This new knowledge adds to our brewing heritage and I’m really looking forward to combining this with my training to revive brewing at Grimbergen Abbey. We will continue to study further to learn more of the book’s undiscovered secrets.” 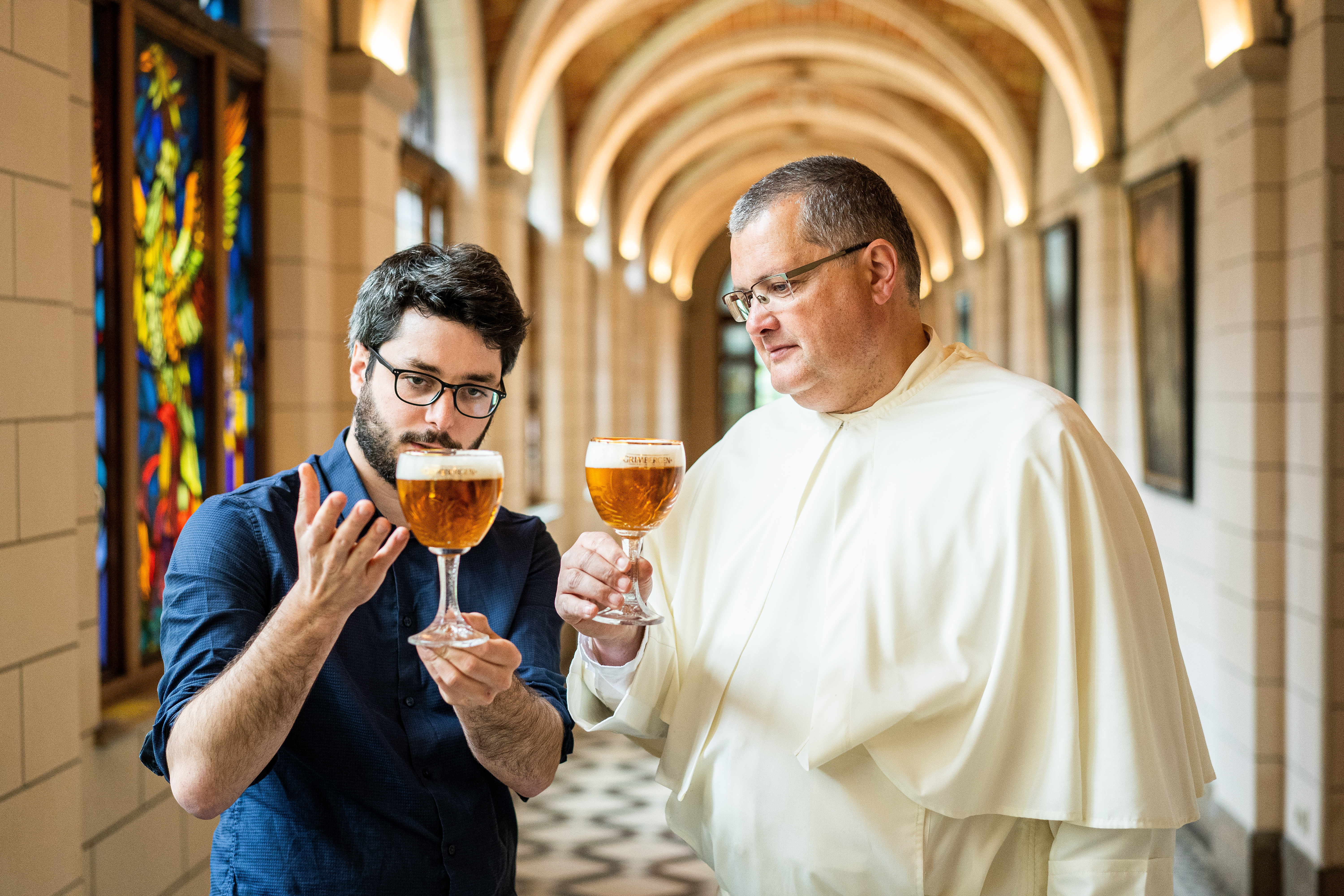 Father Karel and the Fathers of the abbey will support Head Brewer Marc-Antoine Sochon, who has been heavily involved in making the microbrewery a reality. Marc-Antoine said: “The microbrewery will be a place for us to combine modern, inventive methods with the ancient Grimbergen brewing heritage. We’re excited to use these books to bring back the medieval techniques and ingredients to create new beers that perfectly complement the excellent offering and flavours of the existing Grimbergen beers, such as Blonde, Blanche and Double-Ambrée.”

At the abbey event where the new brewery was announced, Grimbergen unveiled a new limited-edition Grimbergen Triple D’Abbaye, which is an example of the types of brews that will be offered at the new microbrewery. The new limited-edition beer has been aged in whiskey barrels for five months, a technique similar to those used to brew Belgians beer back in the 1500s. 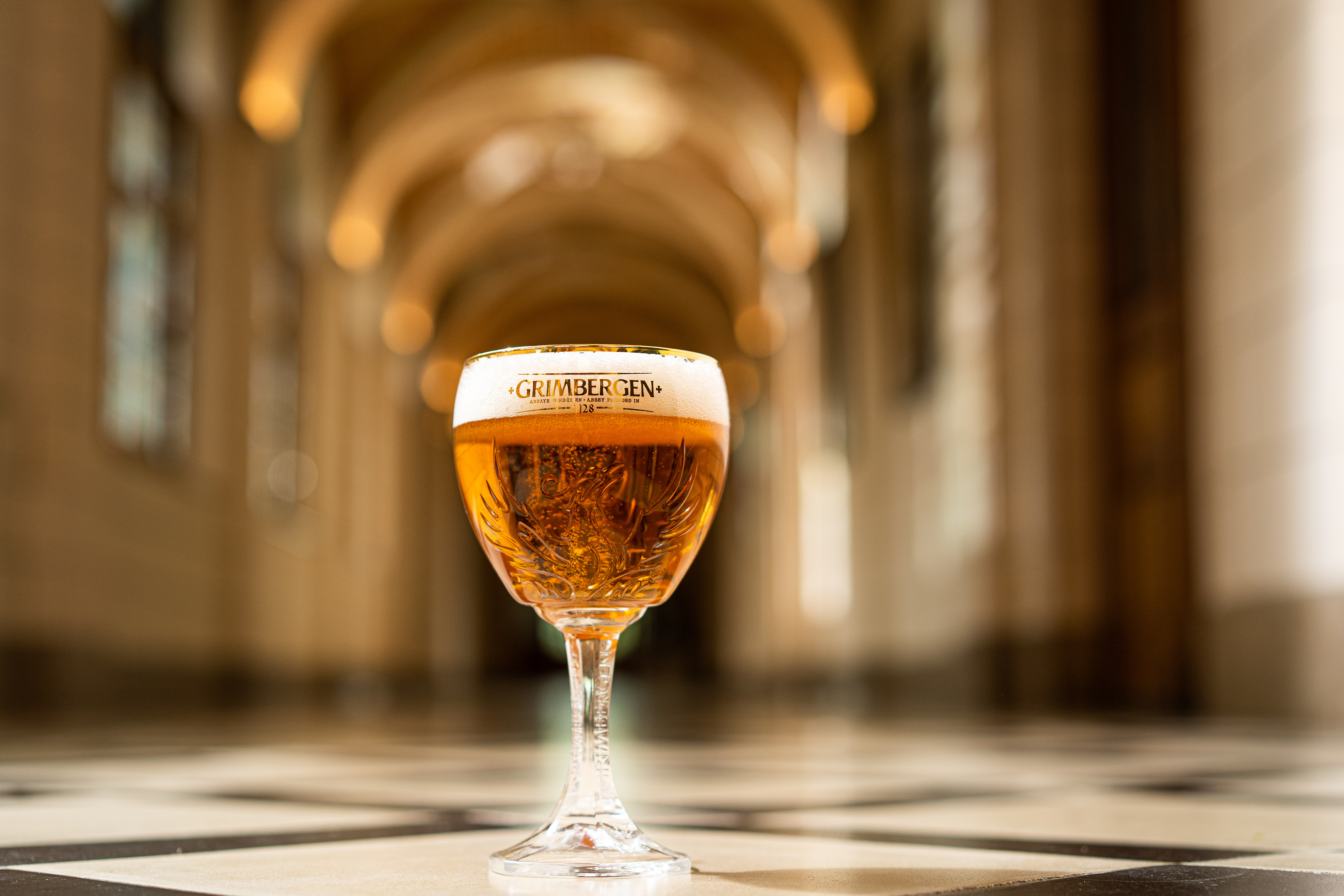 Written By
The Gentleman
More from The Gentleman
The Cartier Tank is one of the most classic dress watches on...
Read More