Breitling recently launched its first capsule collection – the Navitimer 1 Airline Editions – celebrating the brand’s important role in the golden era of aviation and some of the most emblematic airlines of that time. The collection took off with Swissair, and the second airline to join the team was Pan Am. Now these iconic carriers have been joined by TWA, whose aircraft were a familiar sight in the world’s skies throughout much of the twentieth century.

Breitling’s first capsule collection captures the spirit of a memorable time for commercial flight and revives the cool and evocative style of the 1960s and 1970s. The Navitimer 1 Airline Editions pay an affectionate tribute to the pioneers of civil aviation and celebrate some of the most emblematic airlines of the era. The collection was launched with the Swissair Edition, which was followed by the Pan Am Edition, and the collection is now complete with the addition of the newly released TWA Edition.

In the 1950s and 1960s, commercial aviation experienced an unprecedented boom. The world suddenly became smaller as the dream of flying was no longer limited to a privileged elite. Flying had become accessible to a wider group of passengers, who, for the first time, could consider flying across a continent or even an ocean. Breitling played a key role in the emergence of commercial flight. Its onboard chronographs became standard equipment, first in propeller-driven planes and later in the jets produced by the world’s leading aircraft manufacturers.

When the Breitling Navitimer wrist chronograph was launched in 1952, it became an instant favorite with aviators and notably with the dashing pilots of the late 1950s, who flew their iconic passenger aircraft, such as the Boeing 707 and the Douglas DC-8, across countries or on intercontinental flights. The Navitimer featured a circular slide rule that allowed the pilots to make any critical calculations they might need to make in the air. In these glory days of commercial aviation, the Navitimer chronographs were the original wristworn onboard computers and ultimately established Breitling – already highly regarded for its onboard chronographs – as the unrivaled official supplier to the world of aviation.

The three Navitimer 1 Airline Edition watches are powered by the Breitling Manufacture Caliber 01. The inhouse mechanical chronograph movement has been acclaimed as one of the world’s finest and delivers both remarkable precision and a power reserve of approximately 70 hours.

All models feature a bidirectional rotating bezel fitted with the famous circular slide rule, which serves to perform the entire range of calculations relating to airborne navigation. Their distinctive straight hands give the watches a dynamic, contemporary interpretation of a classic look. This first Breitling capsule collection will be available from April 2019 at Breitling boutiques and official retailers for a limited period of time.

The Navitimer 1 B01 Chronograph 43 TWA Edition 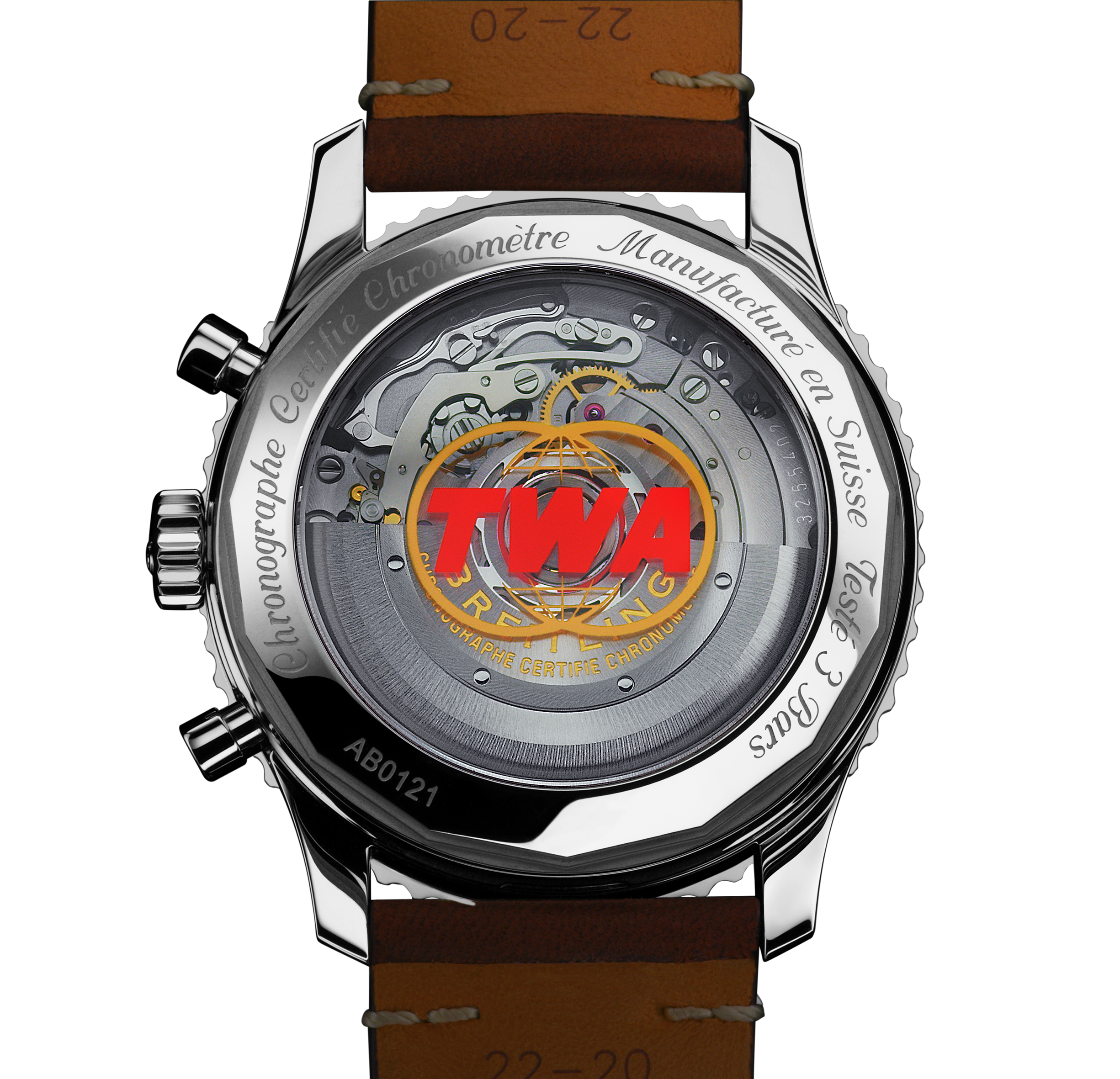 The Navitimer 1 B01 Chronograph 43 TWA Edition has a transparent sapphire caseback with the TWA logo printed on it. Trans World Airlines, which was based in the United States, was a familiar sight at the world’s major airports throughout most of the twentieth century.

This stainless-steel watch has a silver dial, anthracite subdials, and a vintage-inspired brown leather strap or a stainless-steel mesh bracelet. And, like the other editions in the capsule collection, which honor Swissair and Pan Am, it commemorates one of the airlines that played such an important role in the emergence of commercial flight in the twentieth century and which were largely responsible for introducing passenger aviation as we know it today.

Written By
The Gentleman
More from The Gentleman
That the cane was a natural part of a man’s everyday life...
Read More