Brooks Brothers, America’s oldest retailer, has reached its milestone 200-year anniversary. Since opening its doors on April 7, 1818, in New York City, Brooks Brothers has grown from a small family haberdasher to become a global brand that has shaped and defined American style through its product innovations.

American fashion today is a result of years of groundbreaking innovations and revolutionary disruptions by Brooks Brothers. While perhaps best known today as a “classic” brand, it is important to note that the brand’s founder, Henry Sands Brooks (1772 – 1833), was no traditionalist at all. He was actually a dandy and an influencer among his peers, always on the lookout for the newest and most novel styles for his emporium in lower Manhattan selling “every new style of cloth, of the finest quality, made to order in the best and most fashionable mode.”

It is therefore ironic that some of Brooks Brothers’ most classic items today were the result of either invention and innovation — many radical for their time. In fact, Brooks Brothers is responsible for the introduction and popularization of some of fashion’s most iconic and enduring items, including the navy blazer, the reverse striped rep tie, the polo coat and the Number One Sack Suit. Even today’s athleisure trend has its origins in Brooks Brothers’ adaptations of sports clothes for daily life — most notably the 1900 invention of the Original Polo® Button-Down Oxford shirt. Finally, Brooks Brothers was responsible for the single most significant contribution to fashion — ready-to-wear tailored clothing, which was introduced to America in the mid-1800s as a consequence of the Gold Rush. 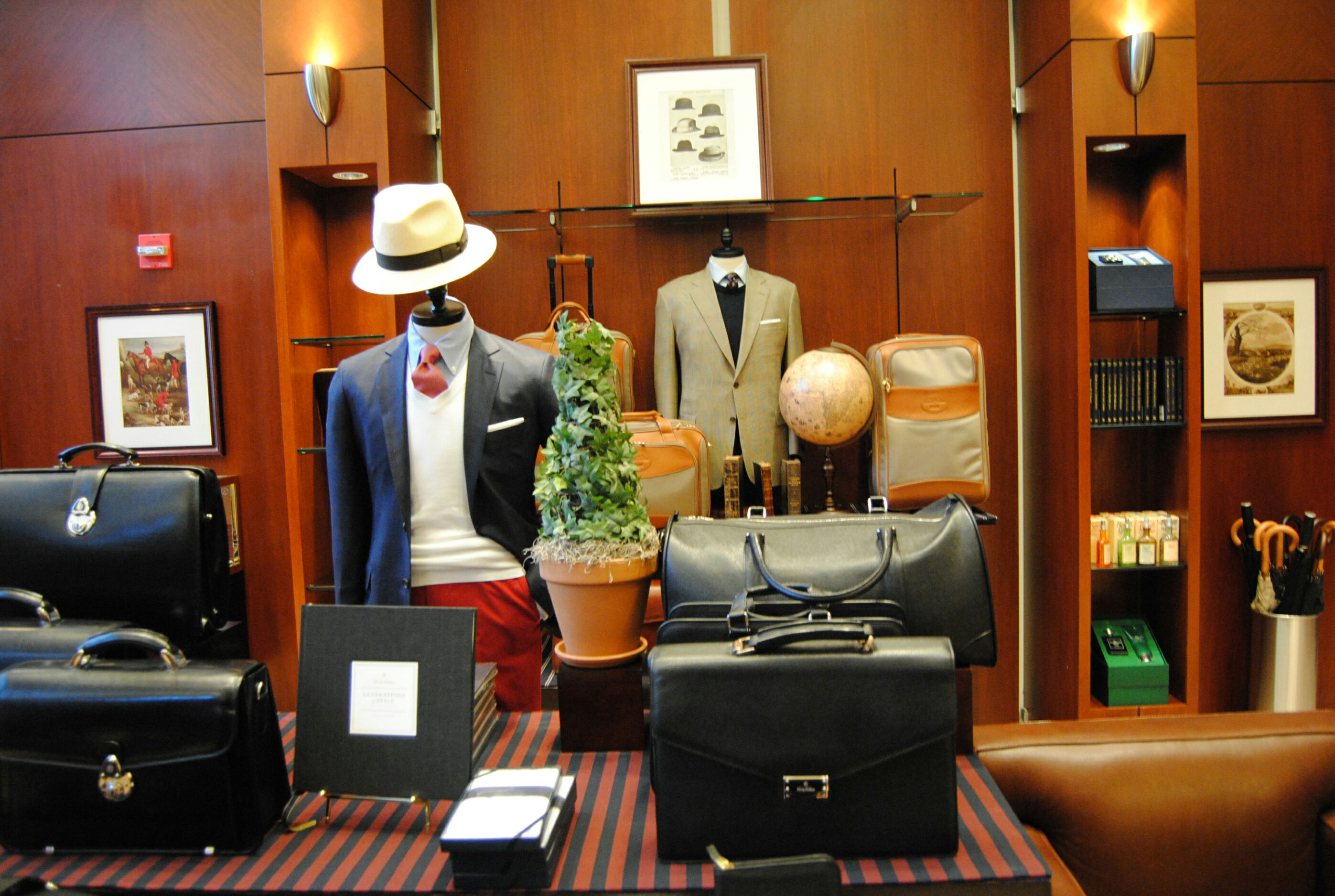 This sartorial passion was passed down from Henry to his sons, Elisha, Daniel, Edward and John: the actual Brooks Brothers. These were fashion’s earliest influencers. For the past two centuries — and straight through to today — Brooks Brothers has outfitted an ever-changing world and is consistently pursuing quality and innovation, always with a respect for the past and an eye toward the future.

Throughout its history, Brooks Brothers has forged relationships for generations of customers: artists and politicians, working people and captains of industry, and Hollywood legends, as well as 40 out of 45 U.S. Presidents.

Today, Brooks Brothers currently has more than 280 stores in the United States and more than 700 locations internationally in 45 countries.

A Selection of Brooks Brothers Milestones:

Before there was the Eiffel Tower, Big Ben, the Statue of Liberty, Grand Central Terminal, and the cities of Hollywood and Chicago, there was Brooks Brothers.

In 1818, Henry Sands Brooks opened clothing shop “H. & D. H. Brooks & Co” on the corner of Catherine and Cherry Streets. The first recorded transaction was actually a loan to a friend.

In 1865, President Abraham Lincoln wore a custom-made Brooks Brothers coat to his second inauguration. Sadly, he was also wearing it when he was assassinated a month later.

In 1900, Brooks Brothers invented the original button-down-collar shirt after noticing that polo players in England were pinning down their collars while playing.

In 1915, Brooks Brothers opened its 346 Madison Avenue flagship store, where it remains today.

In 1953, Brooks Brothers invented the first ever non-iron shirt.

In 1979, Brooks Brothers was one of the first international brands to expand to Japan.

In 2008, Brooks Brothers acquired Southwick in Massachusetts so that it could resume the manufacturing of tailored clothing in America.

In 2016, Brooks Brothers appointed Zac Posen as creative director for the Women’s Collection.

Written By
The Gentleman
More from The Gentleman
This year it was exactly 110 years since Ian Lancaster Fleming was...
Read More