British watchmakers Bremont has entered a partnership with the Ministry of Defence (MoD) honouring Her Majesty’s Armed Forces. Through this partnership, Bremont will become the sole luxury watch producer allowed to legitimately use the signs, symbols and Heraldic Badges of all three services. This will mark the first time that civilians can purchase official Bremont Military timepieces. Consequently, Bremont will be releasing a new military inspired range of watches incorporating the emblems of the Royal Navy, British Army and the Royal Air Force.

Bremont’s well-respected heritage and reputation within the military, specifically with the British military, made the British watchmaker the natural partner of choice for the MoD. Bremont has created numerous special-order projects at the request of personnel from all branches of the British armed forces and is widely recognised throughout for its discretion, its patriotism and its reputation for supplying products that are fit for purpose. 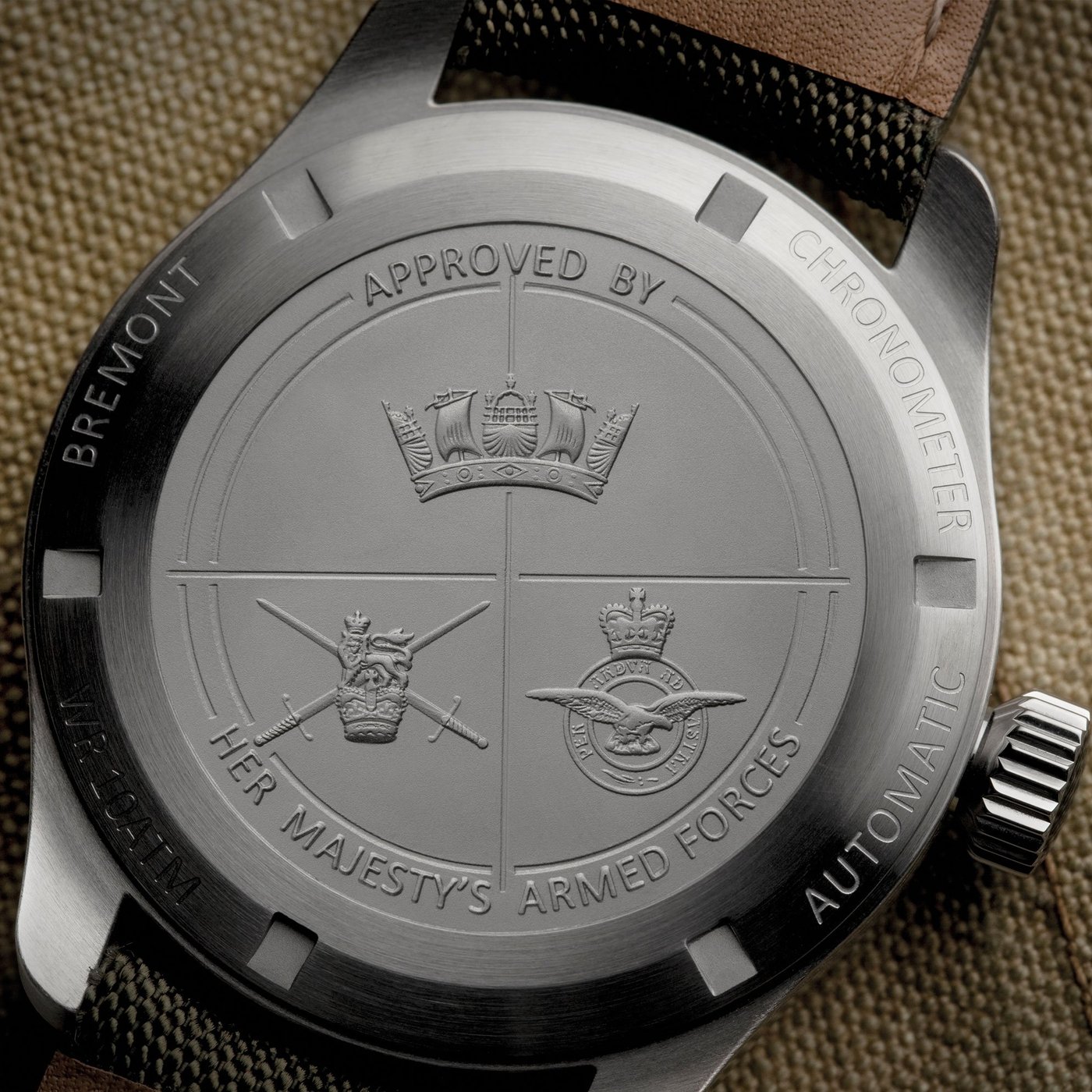 – It is difficult to think of a more significant recognition that has been received by Bremont in the 12 years since we sold our first watch, said Nick English, who co-founded the brand in 2002 with his brother, Giles.

– The fact that so many British military personnel from across the three forces have chosen to privately buy bespoke Bremont watches as a means of demonstrating their pride for the regiments, squadrons and ships companies in which they serve has long been extremely humbling to us and we are, of course, immensely honoured to now be an official partner of Her Majesty’s Armed Forces.

To launch the new partnership, Bremont has developed the Armed Forces Collection which comprises three new MoD-inspired chronometer-rated timepieces. Whilst there will be a different design dedicated to each of the military branches, all will feature the collective historic and Heraldic Badges of the three services clearly stamped on the case backs. As with all Bremont watches, these will be produced at the company’s headquarters in Henley-on-Thames, UK.

The Armed Forces Collection draws inspiration from the original ‘Dirty Dozen’ watches, a series of timepieces commissioned for the British Army during WW2 when Britain’s Ministry of Defence needed watches to issue to military personnel. Very strict performance specifications, for the time, were set which included waterproofing, regulation to chronometer specification, luminous markings on the dial and a robust case construction. In homage to these criteria Bremont has designed three stylish and sturdy timepieces that reflect the needs of Her Majesty’s Armed Forces today. Taking design cues from the original 1940s models, produced by various brands around at that time, Bremont has developed a new, more traditional two-piece case with a screw-in, stamped case back. 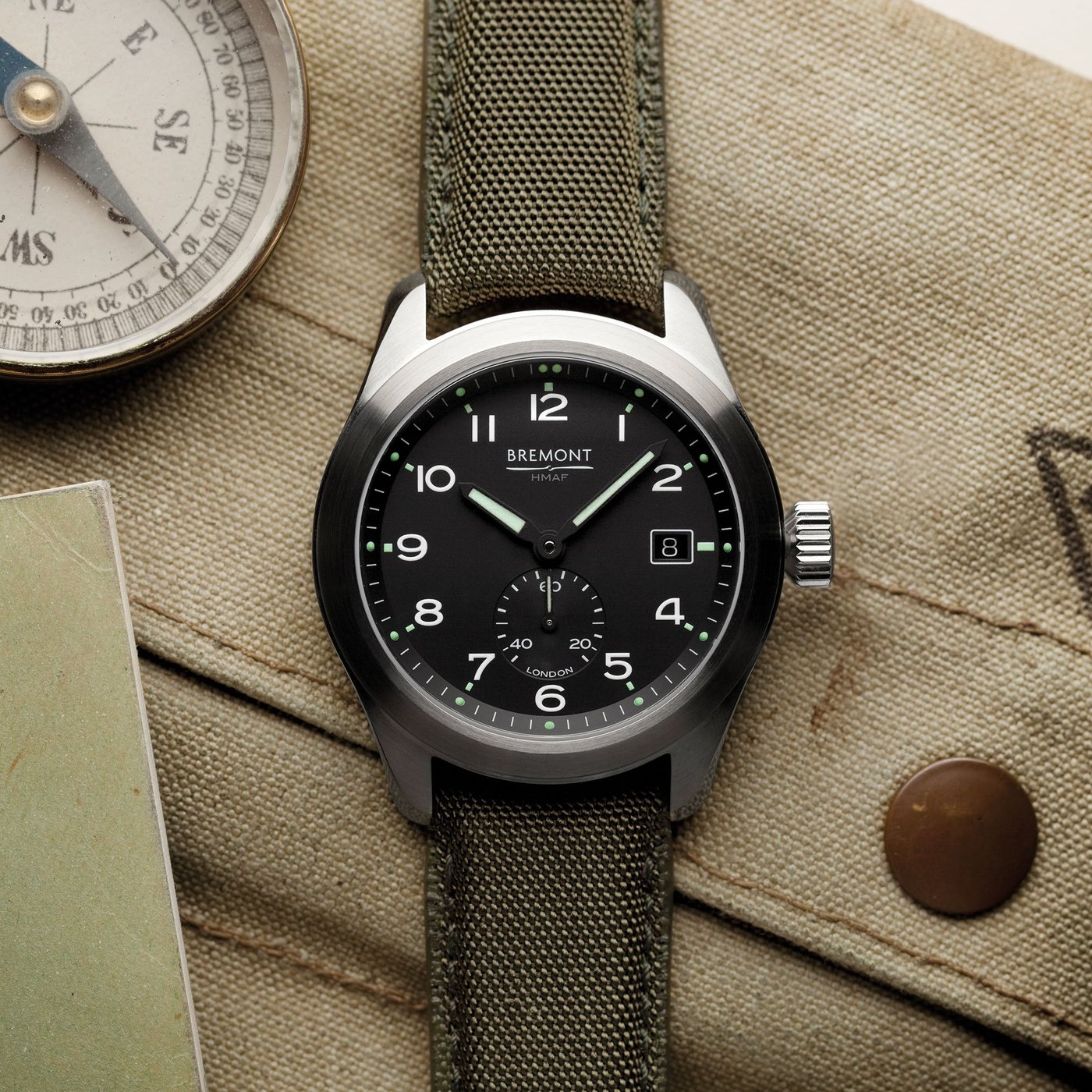 The Bremont Broadsword is a contemporary take on the three handed ‘Dirty Dozen’ watch design which houses the chronometer rated BE-95-2AV movement inside its two-piece 40mm hardened steel case as well as a sub-seconds hand at 6 o’clock. Multiple layers of luminous paint on the hands and dial complete the original specification for the British Army. 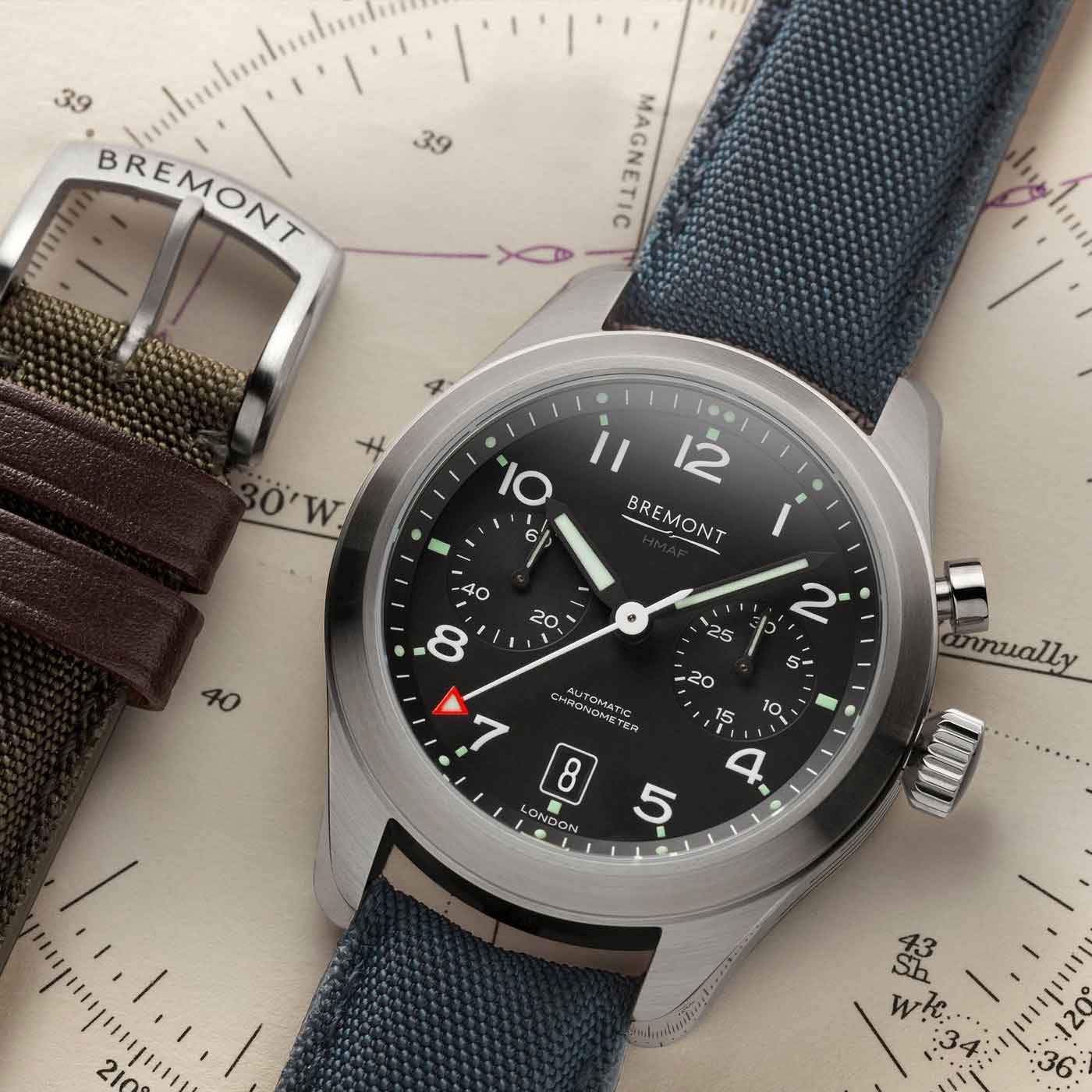 The Bremont Arrow is a 42mm cased mono-pusher chronograph. The pusher at 2 o’clock on the two-piece hardened steel case will start, stop and reset the stopwatch on the chronometer rated BE-51AE movement. The Arrow plays on the same British military DNA as the Broadsword but is aimed at the airman with its chronograph functionality, a necessity for any timed mission. The sub-dial at 9 o’clock is a running seconds, and the chronograph has elapsed minutes on the 3 o’clock counter. Engineered with the utmost integrity, the Arrow is steadfastly accurate, durable and legible. 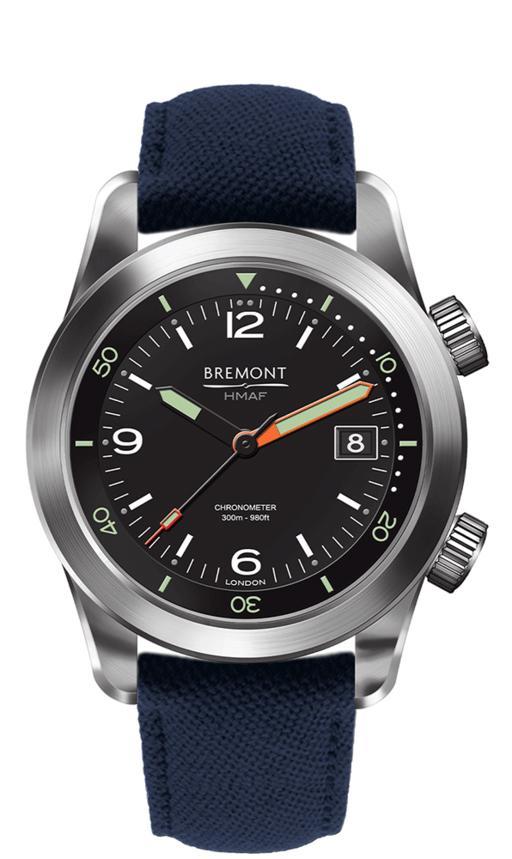 The final model in the new range is the Argonaut, a name inspired by Greek mythology and synonymous with Navy history having appeared on Commissioned ships for nearly 250 years. This exciting new 42mm hardened steel-cased military dive watch, houses a three-handed chronometer rated BE-92AV movement. The internal rotating bezel is operated by a crown at 4 o’clock, and readability on both the hands and dial have been crucial in the design process. With minutes being so critical in the marine environment, the highly legible orange minute hand can be seen very clearly and is filled with custom green Super-LumiNova®.

Written By
The Gentleman
More from The Gentleman
Modern Screen was an American fan magazine that for over 50 years featured articles, pictorials and...
Read More