Britain is known for its high-end bespoke retailers on Savile Row and has produced some of the greatest and most well-known brands in the world – brands that are synonymous with the best money can buy in menswear. Here are some of the most Iconic and Timeless British Brands that you need to know. 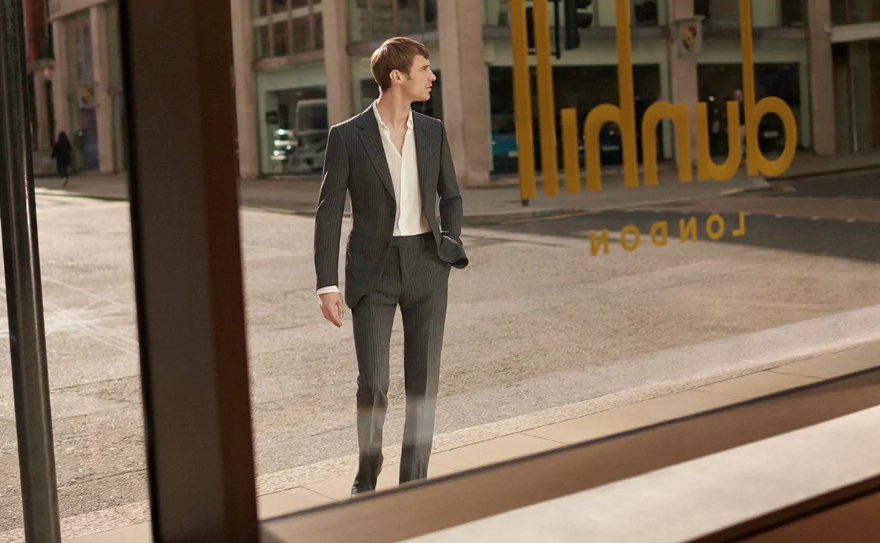 Dunhill was founded in 1893 by Alfred Dunhill and was originally making motoring accessories. Eventually Dunhill expanded their range of products and offered tailoring, as well as fragrances, pipes and lighters. Cary Grant and Frank Sinatra are two of the style icons that used to visit Dunhill on their trips to London. Dunhill has now grown into a British luxury brand with a menswear collection that offers modern updates on the brand’s heritage. 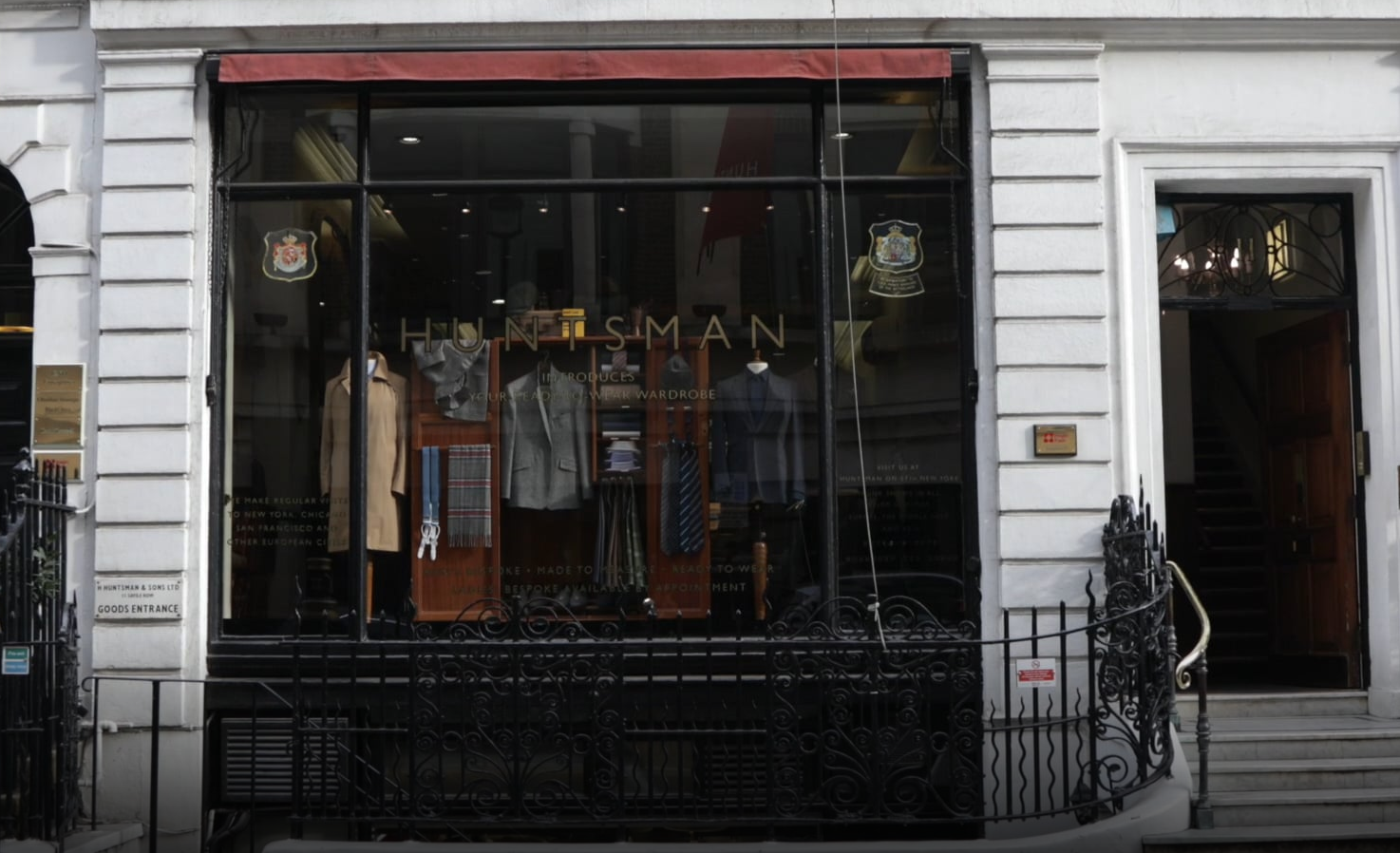 H. Huntsman & Sons, also known as Huntsman of Savile Row, was founded in 1849 and is located at No. 11 Savile Row, London. In 1886, Huntsman earned its first Royal Warrant as Leather Breeches Maker to HRH the Prince of Wales and has since been granted several royal warrants by British and European monarchs. Huntsman is also known as the house that served as the inspiration for the movies Kingsman: The Secret Service and Kingsman: The Golden Circle. Some of the scenes were also filmed inside the locations at No. 11 Savile Row. 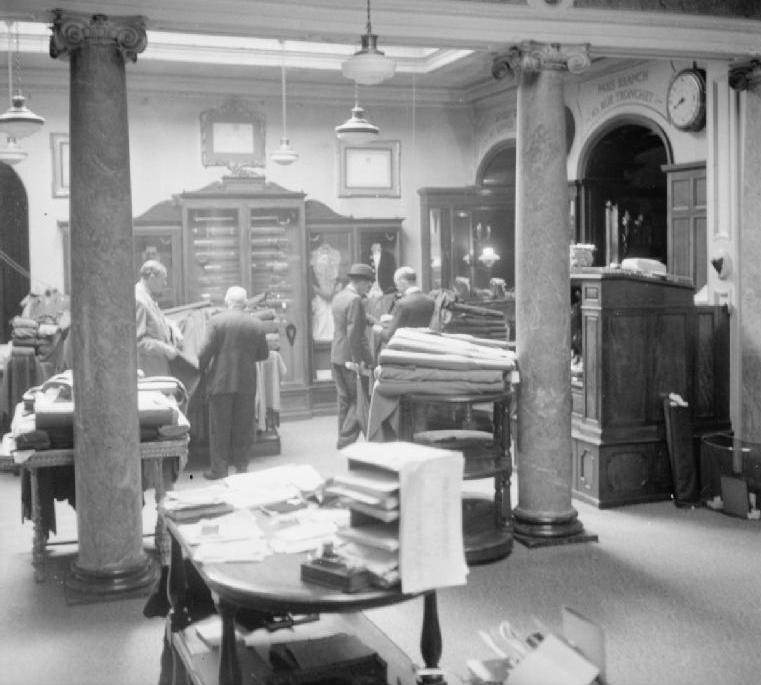 Henry Poole & Co opened its first business in Brunswick Square in 1806, originally specializing in military tailoring. The business moved to Savile Row in 1846 and is located at No. 15 Savile Row in London. Henry Poole & Co. has had a long list of customers who belonged to royalty and the highest aristocracy, here you find a list on some of their most influential customers. The company is also known to have made the first modern-style dinner jacket based on specifications that the Prince of Wales gave the company in the 1880s. 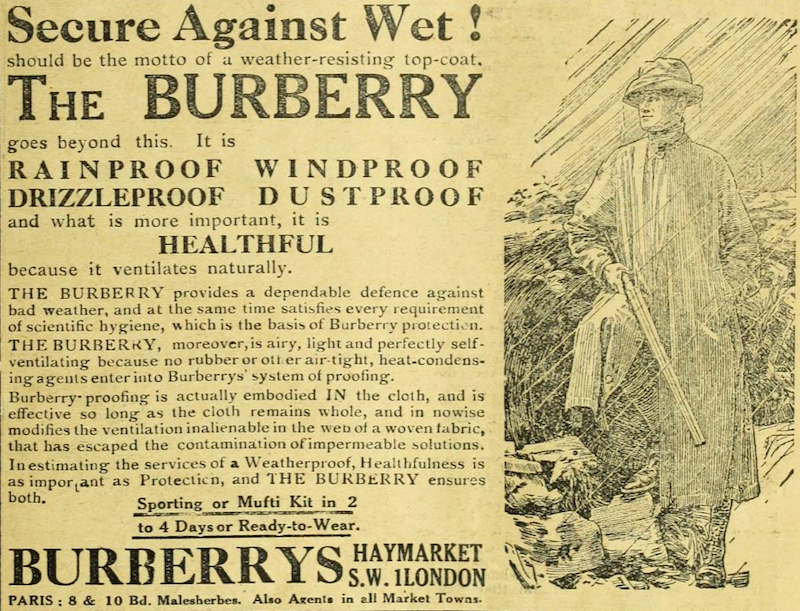 Burberry was founded in 1856 by Thomas Burberry and originally focused on outdoor attire, developing a fabric called Gabardine, which is completely breathable and waterproof. Burberry is most famous for its trench coats and its check pattern, called Nova Check. Nowadays the fashion house has moved into the high fashion market combining a rich design pedigree with a modern approach. 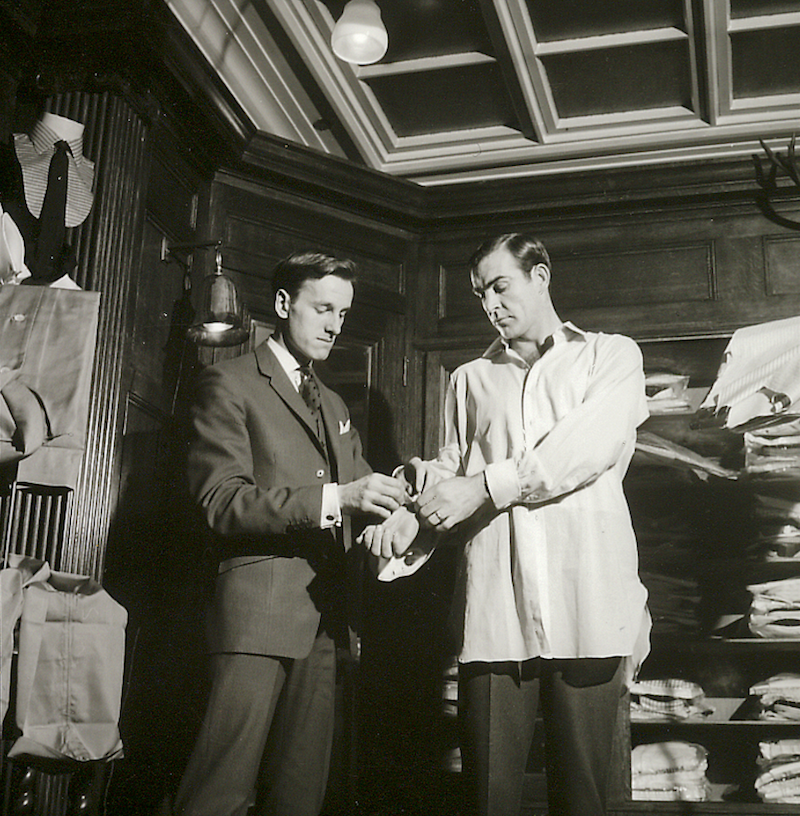 Turnbull & Asser is a bespoke shirtmaker with a flagship store located on Jermyn Street in London. Turnbull & Asser was established in 1885 and has dressed historically influential people like Sir Winston Churchill, Charlie Chaplin and Pablo Picasso. The company is also famous for its work in film, providing shirts and ties for the James Bond movies Dr. No, The World Is Not Enough and Casino Royale. Shirts from Turnbull & Asser can also be seen in the 1974’s version of the movie The Great Gatsby. In the Kingsman movies, shirts from Turnbull & Asser are featured in a collaboration with the fashion site Mr. Porter. 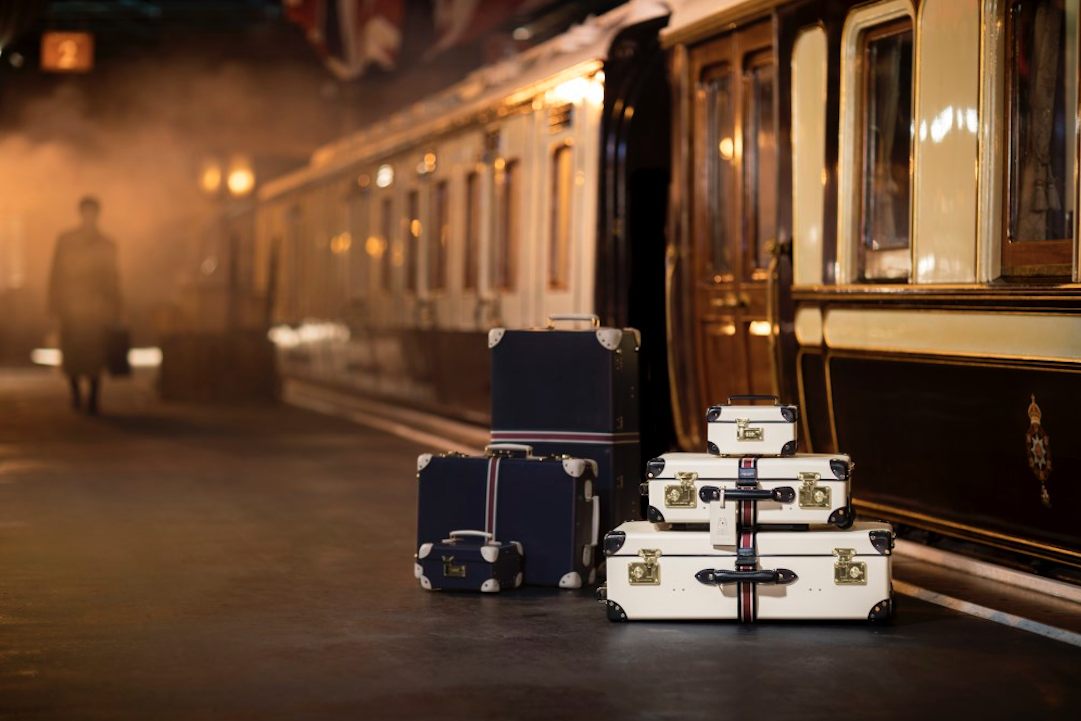 Globe-Trotter was founded in 1897 and has since been handcrafting all their luggages in largely the same way in Hertfordshire in England. It takes over 10 days to craft each piece. It is known that Sir Winston Churchill had a briefcase from Globe-Trotter and the lightweight and yet durable luggage is still the first choice of Queen Elizabeth II.

James Purdey & Sons was established in 1814 and has been England’s authority on sporting goods for over two centuries, holding three Royal Warrants. James Purdey & Sons has everything needed for the traditional English Country Gentleman with a collection of superior outdoor garments, tweed clothes and handcrafted leather accessories. The company is also known as the maker of some of the finest rifles on the market. 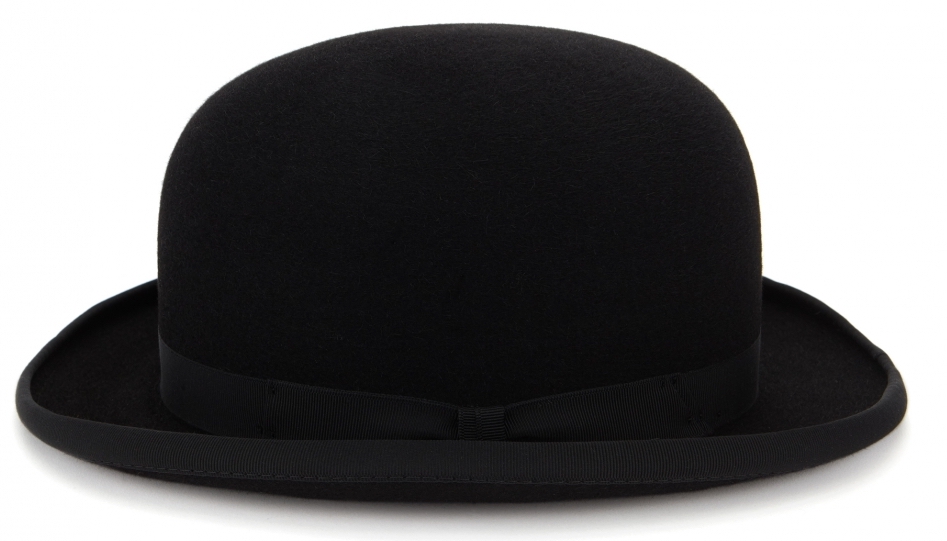 Lock & Co. Hatters is the world’s oldest hat shop, founded in 1676 by Robert Davis. The company is known for originating the bowler hat and is a Royal warrant holder. At the back of the shop at 6 St James’s Street in London is a hard-hat fitting room which is adorned with framed and signed head shapes of famous costumers. Oscar Wilde, Douglas Fairbanks Jr., Charlie Chaplin and Lord Nelson are just a few of all the persons that have had their head shapes measured by Lock & Co. Hatters. 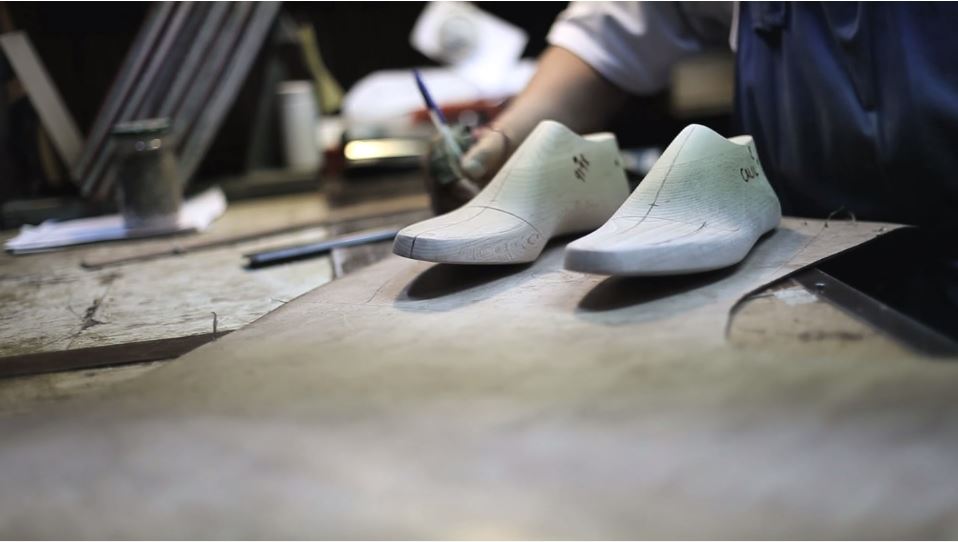 England is known for its high-end, handmade shoes. John Lobb has been making shoes and boots since 1849 and is one of the companies that still make shoes in the traditional way. The shoes are handmade with 190 steps and it usually takes several weeks to complete each pair in the production facilities in Northampton. Treated correctly, the shoes from John Lobb are said to last a lifetime.

Written By
The Gentleman
More from The Gentleman
In the book Styles for men : a book issued to show authoritatively...
Read More